The 19-year-old is expected to follow in the footsteps of fellow Socceroo Aaron Mooy by moving from A-League side Melbourne City to their parent club Manchester City and then being loaned out.

While Mooy moved to then Championship side Huddersfield Town, and prospered in the 2016-17 season as he led the Terriers to the Premier League, Arzani is likely to develop his talent in the Scottish Premier League, as exclusively revealed by The World Game. 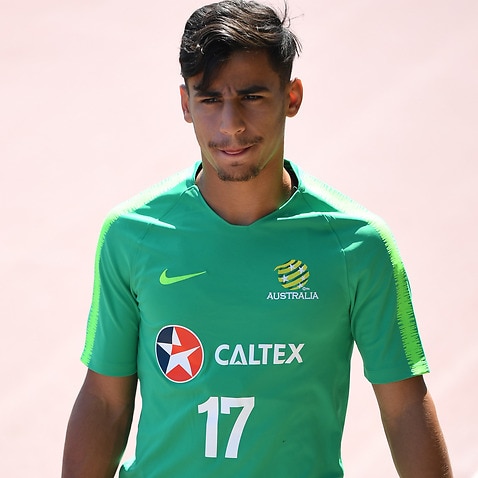 Reports out of Glasgow point to a deal being completed very soon, with the English transfer window closing on August 9.

"Celtic are confident of landing the player on a loan deal from City with talks ongoing as the Parkhead side look to get the deal over the line," the Herald Scotland reported.

"Talks last night were still ongoing for Australian teenager Daniel Arzani, the youngest player at this summer’s World Cup. It is believed that a deal is close to being agreed as the 19-year-old moves from Melbourne City to Manchester City." “All I know is that he is a young Australian, a very talented player and went to the World Cup where he looked very, very good,” Rodgers said.

“The club are working hard behind the scenes to try and get some signings in. I think he’s been one that has been identified.