Fernandinho is staying at Manchester City after signing a new one-year deal with the Premier League champions.

His previous contract was set to expire this week, but the 36-year-old has decided to extend his stay with City to a ninth season.

The Brazilian midfielder has won 12 trophies, including four Premier League titles and a record six EFL Cups, during his time at the club and has his eye on more honours in the twilight of his career.

He said: "In my head and my mind, the job is not done yet.

"And so that's why I decided to stay here another year and try to help the team and the club to achieve the goals that they're looking for. In my point of view, we can do that, there's still places to improve and to get those targets. And obviously, for me and for my family it's a pleasure to stay in Manchester for one more year.

"If I can keep doing the same way, leading them inside the pitch, off the pitch, to help them to improve and get better and to perform better during the games, I would be the happiest person there."

Fernandinho started only 22 games in all competitions for Pep Guardiola's side in the 2020-21 campaign as they secured a Premier League and EFL Cup double, before suffering a heartbreaking Champions League final defeat to Chelsea. 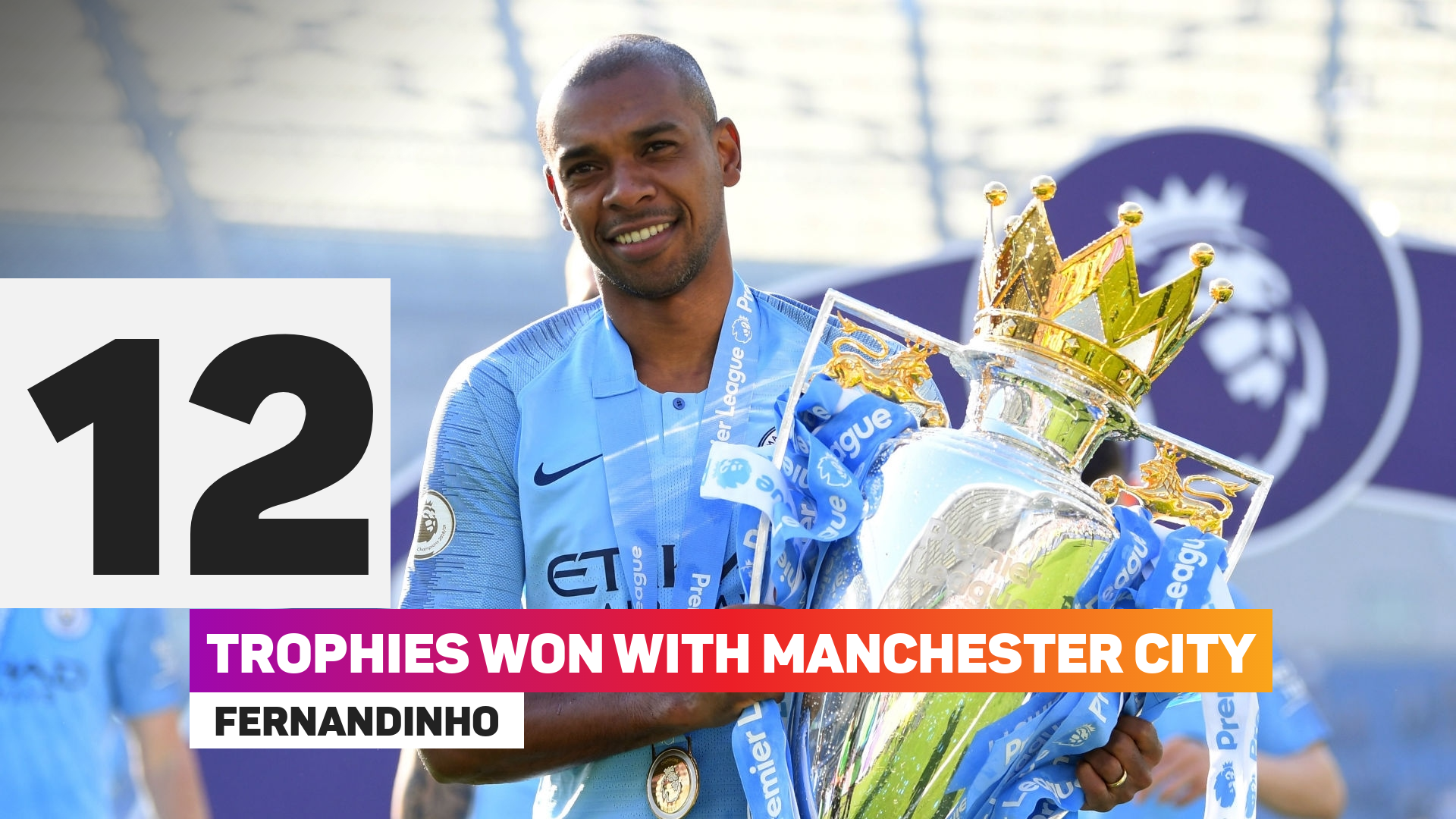 City director of football Txiki Begiristain says the veteran, signed from Shakhtar Donetsk in 2013, has been a great servant to the club and can play a big part on and off the field next season.

"Fernandinho's contribution to Manchester City cannot be overstated," Begiristain said. "He is an outstanding footballer – one of the best in the world in his position – and an exemplary professional.

"Since he arrived in 2013, his attitude and consistency have been exceptional, and he has developed into one of our most influential players.

"He is our captain, our leader and it is a position he has excelled in. There are a number of talented young players in our squad and, therefore, it is vital we have somebody with Fernandinho's knowledge and experience."