The visitors travelled to Slovakia with a 1-0 lead thanks to a Leighton Baines winner at Goodison Park last week and, although the visitors underwhelmed for much of the contest, Calvert-Lewin's goal ensured the same scoreline punched their ticket to the next round.

It could have been a different story had Dominik Kruzliak not put an early header wide, but Calvert-Lewin's cool finish 10 minutes from time left the hosts with no way back.

Manager Ronald Koeman will have plenty to ponder with Wayne Rooney, who made his second debut in last week's first leg, and Sandro Ramirez struggling for cohesion as a strike partnership, but Jordan Pickford marked an assured competitive debut in goal with a clean sheet.

The Toffees will now await Friday's draw to learn their play-off round opponents.

Tom Davies was drafted in at right wing-back as Koeman shifted to a back three featuring Michael Keane, Ashley Williams and Phil Jagielka in his 350th Everton appearance.

Koeman's plan to neutralise Ruzomberok's set-piece threat almost came unstuck as early as the fifth minute when Kruzliak was left free from a corner, but the captain put his header wide.

Pickford was soon required to cut out a dangerous low cross from wide-man Erik Daniel as the visitors fought to find their rhythm, with Rooney over-hitting one attempted chip.

Rooney mistimed his next chance from Davies's delivery while strike partner Ramirez was unable to shake off a marker after Davy Klaassen won possession in midfield.

Ramirez blazed another attempt over the bar to end a lacklustre first half as Everton carried their lone-goal aggregate lead into the break.

Ruzomberok came closest to an opener in the 54th minute when the ball was spread wide to Daniel, whose misdirected cross brushed the far post as it flashed across the face of goal.

Calvert-Lewin replaced Ramirez with just over 20 minutes remaining and soon had an opportunity to break the game open, only for Kruzliak's superb last-ditch tackle to deny him a clear path to goal.

The England 2017 FIFA U-20 World Cup winner was decisive with his next opportunity, though, as he raced onto Klaassen's through pass and tucked a cool finish into the bottom corner.

Ruzomberok produced a couple of late comebacks to see off Vojvodina and Brann on their way to the third qualifying round but were unable to complete the hat-trick against Everton, who held firm throughout the final stages.

Everton now have one final against Sevilla at Goodison Park this weekend before opening their Premier League campaign at home to Stoke City. 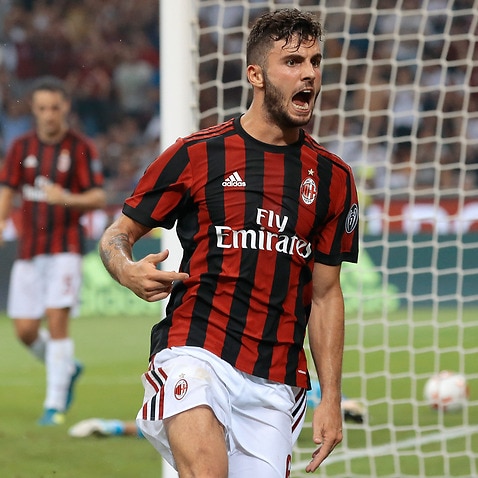