Edinson Cavani can be the catalyst for Manchester United's revival, according to former Everton star Tim Cahill.

The 33-year-old joined United on a free transfer on deadline day in October, having left Paris Saint-Germain as the Ligue 1 champions' all-time leading goalscorer with 200.

Cavani has scored three Premier League goals for United after coming off the bench and netting twice against Southampton last Sunday, including the 92nd-minute winner.

The striker, who also set up Bruno Fernandes to score at St. Mary's Stadium, is averaging a goal involvement every 32 minutes in the league and his cameo last week helped United to a club-record eighth away league win in a row.

However, Ole Gunnar Solskjaer's side followed up that comeback victory with a loss to Cavani's former club Paris Saint-Germain on Wednesday to leave Champions League Group H finely poised with one game to go.

United's struggles in the Premier League have been more marked and they sit ninth ahead of Saturday's trip to West Ham, but Cahill thinks the Red Devils can thrive if they give Cavani the service he needs.

"He's a striker who can finish, but, at the same time, to come on [against Southampton], assist, score two goals and have the prowess Manchester United need – he pretty much turned that game on its head," Cahill told Sky Sports.

"He's a big, influential player. He has instincts, but it's not always just [to get onto] the first ball, it's the second ball. Even when you see him score off a shot that was going off target, he was there to head it in. 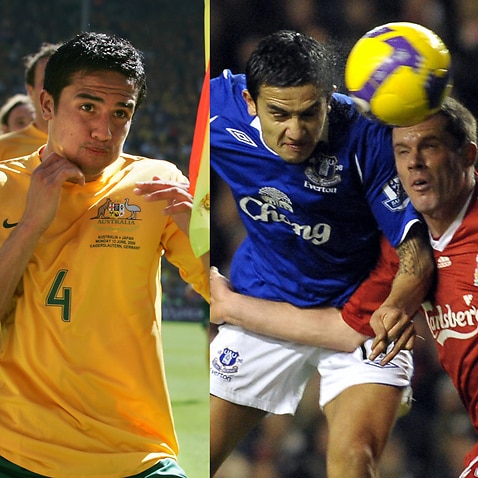 "He's always proactive, not reactive, and onto things. I love seeing that glancing header because it's awkward, the timing of the run and the way he's glanced at it – he doesn't need to look at the goal because he knows where it is.

"But even earlier on, when he's had a few glimpses this season, you can see the danger [he poses] – now he just needs the service.

"The influence he has so quickly when he comes on, and you see defenders give him a little bit of room – even though he's older. I think it says a lot about his presence from what he's done before. He's a big, big influence on that team."

Cavani became the first United player since Solskjaer in 1999 to have at least three goal involvements as a substitute in a single Premier League game in the 3-2 win over Saints.