Fans of German Bundesliga club SC Freiburg have held up a banner in support of Sydney FC, ahead of the Sky Blues' win over Perth Glory in the A-League grand final.

During their 5-1 victory over Nuremberg, Freiburg fans held up a banner which read 'Get the Championship, Sydney FC!'

It's not the first time that the two clubs have been linked via supporters' banners.

In 2014, members of Sydney FC's supporter group 'The Cove', held up a banner which read 'Football passion from Sydney to Freiburg. While in Freiburg, fans responded with a similar banner. 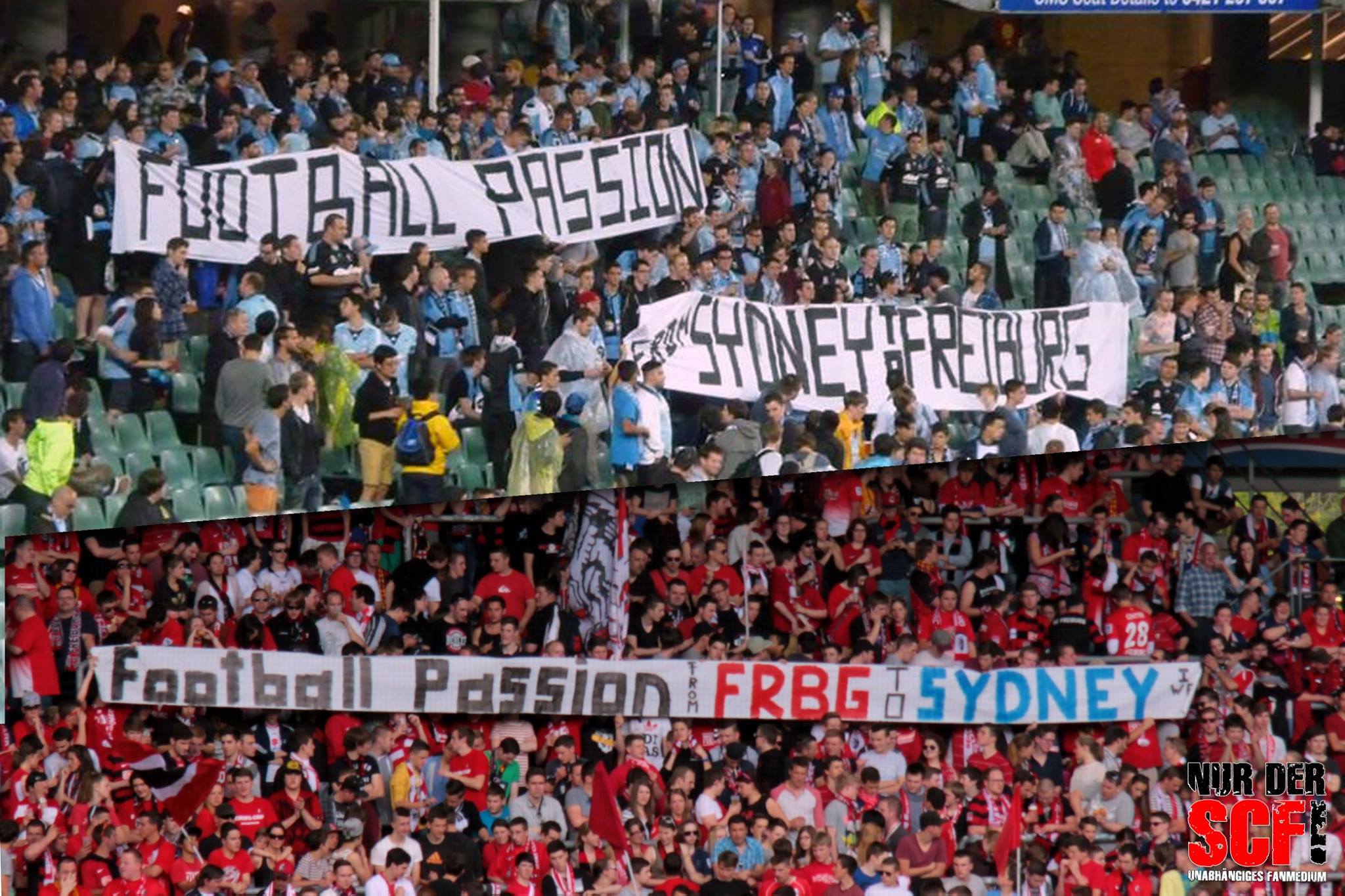 The connection between the two clubs appears to have evolved from Freiburg fans visiting Sydney and Sky Blues fans visiting Freiburg.

In 2016, an Australian fan identified as 'Rob' wrote an article for Freiburg's supporters' website comparing the two clubs.

"In Freiburg, I felt the same passion for the team as in Australia. I felt welcome and eager to participate," Rob wrote.

"Now, in 2016, I have decided to come back and repeat my experiences; Spending time with the people I have made friends with and supporting the team."

Freiburg, who are based in the south-west of Germany, near the French border, finished the season in 13th position.