Skipper Ben Mee scored the only goal as Burnley won 1-0 at Crystal Palace on Monday to move up to eighth in the Premier League, boosting their chances of a European spot next season.

The defender headed the winner just after the hour mark to move his side level on points with Tottenham.

Gary Cahill and Max Meyer had chances to equalise for Palace but Burnley hung on to take all three points.

The result means Burnley have now kept a club record of 13 clean sheets this season, second only to newly-crowned champions Liverpool.

Mee ended a three-year wait for a Burnley goal in his 300th league appearance as he continued to lead from the front for the Clarets. 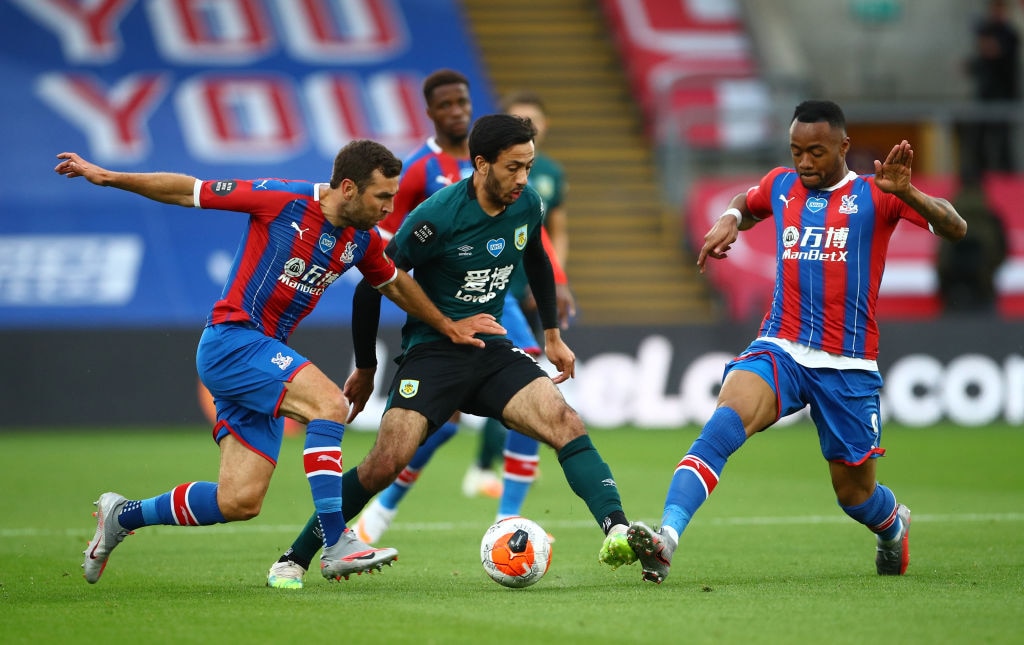 It came a week after revealing how "ashamed" he was at a plane carrying the message 'White lives Matter Burnley' over the Etihad Stadium during the club's 5-0 thrashing to Manchester City.

The 30-year-old told Amazon Prime he was humbled by the response to that emotional interview.

"It's been nice to hear," Mee told Amazon Prime. "The club has had a lot of emails which I've read and it's nice to hear. It wasn't a great night for us but we've responded well.

"Coming into the night with a depleted squad, with only one senior boy on the bench, and playing like we did tonight, it shows the character, it shows we're together.

"To get a goal is nice. I've had chances cleared off the line or good saves so it's nice to finally get one in. It wasn't a great ball from Westy (Westwood), it wasn't what we worked on but you've got to make the best of it!"

Manager Sean Dyche was delighted with his captain's work at both ends of the pitch.

"He's a fantastic captain ... not just with his strength and ability in the air, but he's demanding on himself to win those challenges.

Palace remained 11th after losing at an empty Selhurst Park due to the coronavirus pandemic.