Brighton & Hove Albion’s Sydney-born midfielder Peter Gwargis has confirmed he could be on his way back to Sweden to play his club football - but it’s Australia he wants to represent at national team level.

Capped at both U-16 and U-19 levels by Sweden, Gwargis, 20, has been in contact with the Australian hierarchy over the past 18 months, and is striving to make a long-anticipated national team entrance at July’s Olympic Games.

While his international adherence tilts Australia’s way, reports in Sweden, where the kid with Iraqi lineage grew up, suggest off-contract Gwargis has agreed terms with champions Malmö FF for next season, after three years at the Amex.

Heavily tracked by Manchester-based Olyroos and Socceroos assistant Rene Meulensteen in recent months, Gwargis was reluctant to confirm that a deal had been struck with Malmö when contacted by The World Game.

But he did say it’s time to step up from U-23s football to the rigours and challenges of the senior game.

That’s unlikely to happen under Graham Potter at Brighton, with the Seagulls seemingly awash with midfield options and in the midst of a Premier League survival fight. 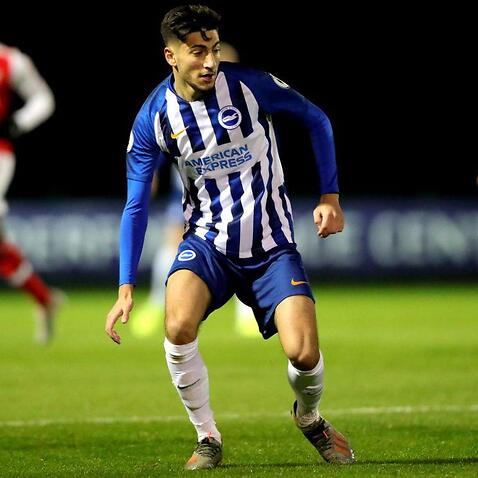 All of which points to Gwargis’ League Cup appearance in 2019 being his first - and likely last - senior call for the south coast club.

“I haven’t heard anything concrete from my agent but, yes, there’s been some interest (from clubs in Sweden),” he said.

“Right now, I’m at a stage where I feel like I should be playing senior football somewhere. That’s the best thing for my development.

“I have a contract until the (northern) summer and until I see something (definite) in front of me, I’ll continue to focus on Brighton.”

Gwargis also has eyes for Australia, where he has uncles, aunts and cousins in Sydney, with his Sweden-based father encouraging him to embrace the green and gold.

“I’ve been talking with Australia over playing for them - it hasn’t been easy with all the coronavirus stuff but it would be nice to join a camp,” he said.

“I’m keen to learn more about my birthplace (his family left for Sweden when he was aged three).

“It would be an honour to play at the Olympics - I’ll fight for that and do my best to get that chance.”

The Olyroos have a June camp arranged in Toulon, France ahead of Tokyo, with Arnold - who will be otherwise engaged with the Socceroos in Kuwait at the time - limited to an 18-man squad in Japan.

“It’s a tough decision in some ways (having represented Sweden) but in my head I want to go for Australia (if the opportunity arises),” added Gwargis.

“I want study the history of the country and learn as much as I can. It’s something I feel I need to do.

“I have family back there in Sydney and my dad’s told me how proud it would make him if I were to play for Australia. It would be a special thing for myself and the whole family.”

Meulensteen has been monitoring Gwargis, and feels a player who has artistry and flair flowing from his feet might be an asset.

“He’s a young player with some good qualities and is among those we’re looking at,” he said.

“We plan to work with the Olympic team as much as possible leading into Tokyo.

“I’ll be looking to meet Peter in person as soon as I can (taking into account UK lockdown regulations).

“He’s on a list of players I’ll be reaching out to (in the UK and Europe). We keep tabs on everybody and there are a lot of places still up for grabs.”

If Gwargis departs Sussex, only teenage prospect Cameron Peupion will remain from an Aussie contingent which once included Aaron Mooy and Mat Ryan (currently on loan at Arsenal).

Gwargis has played alongside Peupion, 18, with the U-23s and has been impressed with the former Sydney FC junior.

“He’s a good young player and has scored a lot of goals for the under-18s,” he said.

Referring to Ryan, he said: “Mat was an incredible keeper for Brighton and did some great things at this club.

“He has huge respect from everybody here.”