But there’s one thing the at-odds pair agree on: rookie coach Grant Brebner should be afforded more time to find a way of lifting the team from the dungeons of despair.

Saturday’s record-breaking 6-0 derby loss to Melbourne City left the competition’s best supported club tethered to the foot of the ladder, and heaped yet more opprobrium on Brebner, with many Victory fans taking to social demanding a root and branch felling of the club’s hierarchy. 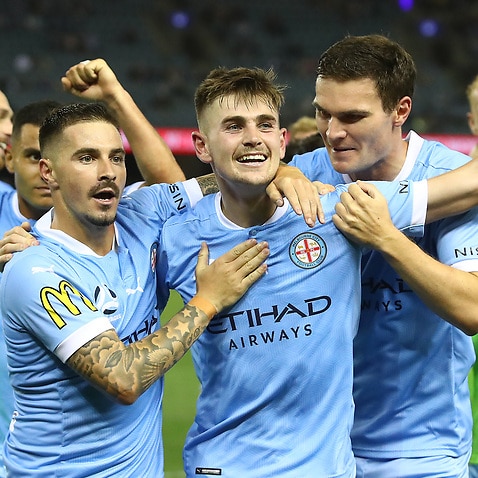 Wilson - who is selling his 16.5 per cent share to supporters in a groundbreaking model of A-League fan ownership - agrees that both Jacobs and recruitment kingpin Sherman should be held to account.

But, in the wake of Di Pietro telling The Age newspaper yesterday that the board would continue “to support Grant Brebner and his coaching staff”, Wilson concurred.

He believes Brebner was “pressured” into taking the mantle and deserves some largesse.

“I hope Brebs is given a lot more time to mature into the role he’s been entrusted with,” he said.

“He knew what he was coming into ... he’s been a player at this club and overseas and understands the responsibilities and pressures managers face.

“He must be given time, while you’ll simultaneously have fans saying that’s not acceptable because they expect success.

“I love Brebs and I think he was pressured to take on the role, that’s why he deserves a run at it.”

Asked if the magnitude of the loss to City was a reflection of decision making at boardroom level, Wilson replied, “It was an inevitability of the those decisions which have been made around recruitment, with the people in those roles failing the club and the fans. 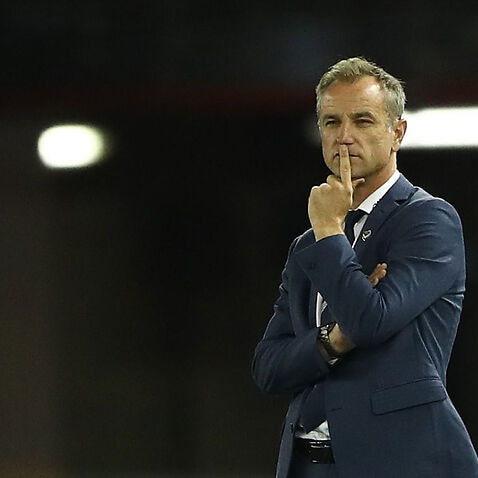 “It’s well documented that these issues have been around for a couple of years now.

“In a results driven industry you need the best people in the right spots, and I don’t believe we’ve had that.

“These things can’t be allowed to happen again and need to be seriously considered by the board, if they’re brave and courageous.”

Referencing the share sale, which aims to raise $5 million and give rank and file followers a say at boardroom level, Wilson said: “I think it’s important to give supporters a voice in the direction of the club.

“The only way to do that is to become a shareholder.

“You need five per cent to affect real change on the board, and 16.5 per cent would send a very strong message. I think that’s what required.

“Embracing fans to grow the game is what football needs.

“You can’t just drive it by performances on the park these days because the game doesn’t get the exposure.

“Fans should be involved in the clubs they support - so I think this is a great test case.

“This is the next phase of the evolution of the game.”

In an apparent jab at Victory’s boardroom mindset, Wilson said “if private owners have money but don’t understand how to run a football club properly, then it opens things up for a broader church.

“This could be a game changer and I think all the other A-League owners will be looking closely at how this takes off.”

Wilson has been encouraged by the initial interest with many tranches already changing hands.

An aborted share offer seven years ago created a level of skepticism, which Wilson is seeking to erase.

“There was a false start then and we have to demonstrate that that won’t be the case this time,” he insisted.

“It should be a straight forward process and we’ll be lodging transfers this week and that should eradicate any doubts around the process.

“If anybody thinks we’ll allow the fat cats to come back and buy all the shares again, I can assure you there are safeguards in place to make sure that doesn’t happen. It will be heavily vetted.”

The minimum package any individual can purchase is 500 shares, meaning for a cost of $1100 supporters can help shape the club’s destiny.

“It’s an opportunity for families to align themselves financially and emotionally to their club,” Wilson added.

“This offer is highly unusual in Australia and may never happen again.”