It wasn't a personal attack on Williams. But it was ugly.

Brazilian journalists believed it was the first time the chant had been used at a women's football game in the Olympic host country. 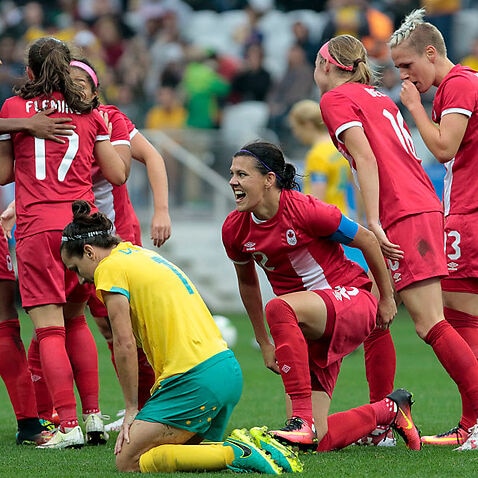 Matildas coach Alen Stajcic and his players didn't understand the word chanted by a standing-room section behind one goal in the 20,521-strong crowd that watched Australia's 2-0 loss to Canada.

"I don't understand the language or the culture or where that has evolved from," Stajcic said.

"It's not really for me to say around the the culture of that comment and how it has evolved in Brazilian football because that is maybe a negative.

"And I don't know, as I said, the history behind it.

The Sao Paulo crowd also used the chant when the Canada goalkeeper kicked the ball.

Local journalists said it wasn't personally directed at the 'keeper, but an offensive habit that first reared during the 2014 World Cup, when Arena Corinthians hosted the tournament opener.