Brazil will host the Copa America for the second consecutive time after Colombia and Argentina were stripped of hosting rights for the tournament, prompting criticism for the decision to hold the troubled event in one of the countries hardest hit by the COVID-19 pandemic.

The decision, which relocates the competition from one South American coronavirus hot spot to another, means the oldest international tournament in the world will kick off as planned on June 13, with the final on July 10.

It is set to feature many of the greatest players in the soccer world, with Argentines Lionel Messi and Sergio Aguero, Brazilian Neymar and Uruguay's Luis Suarez among those expected to participate.

CONMEBOL has promised all players will be vaccinated before the tournament begins.

"The Brazilian government has shown agility and decisive thinking at a crucial moment for South American football," CONMEBOL president Alejandro Dominguez said in a statement.

"Brazil is in a time of stability, it has proven infrastructure and recent experience in hosting a tournament of this magnitude." 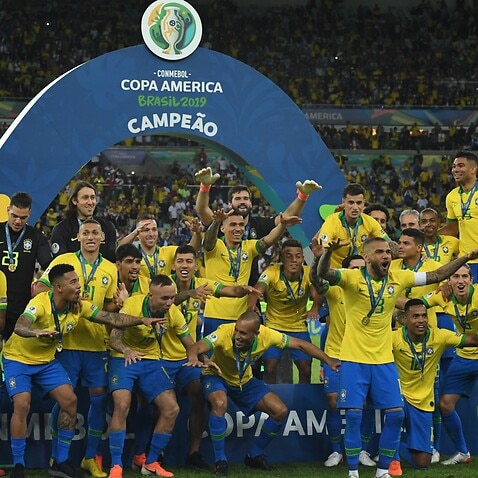 The decision is a boost for Brazil's president Jair Bolsonaro, a far-right former army captain who has railed against lockdowns and urged his people to return to normal life.

In a separate tweet, CONMEBOL thanked Bolsonaro for "opening the country's doors to what is now the safest sporting event in the world."

More than 460,000 people have died from COVID-19 in Brazil, the second highest number in the world after the United States, and the vaccination roll-out has stuttered. But Argentina is struggling with a recent spike.

Large protests took place across Brazil on Saturday against Bolsonaro's handling of the pandemic.

This year's Copa America was to be the first featuring joint hosts, but Colombia was removed as co-host on May 20 after a wave of protests demanding social and economic change spread across the country.

CONMEBOL hoped Argentina could then host all 28 games or share them with South American neighbours.