Luke Brattan has had his contract terminated with Brisbane Roar after the club failed to pay required superannuation contributions on his behalf for in excess of one year.

Brattan's exit is the first major player exit since news broke of unpaid wages and superannuation to Roar's players and staff.

During his six seasons with the club Brattan played 83 matches and won three championships. 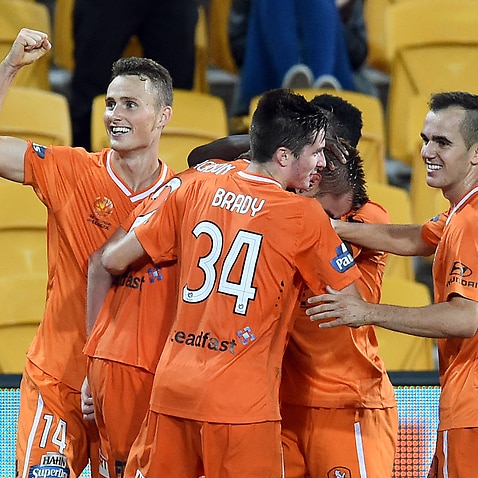 Bakries on the brink as Roar players go unpaid... again Brattan the last piece of the puzzle

A statement released by Professional Footballers Australia Friday afternoon confirmed that the 25 year-old will now be free to pursue other options.

"Professional Footballers Australia (PFA) can today confirm that a decision has been reached by the independent arbitrator regarding the termination of Luke Brattan’s Standard Player Contract (SPC) with the Brisbane Roar," said the statement.

"The ruling by the arbitrator has confirmed the legality of Brattan’s termination of his SPC, and as a result, he is now entitled to sign with the club of his choice.

"The club was put on notice on 21 July 2015 regarding a breach of the SPC, which involved the failure of the Roar to make the required superannuation contributions on his behalf for in excess of one year.

"In accordance with the SPC, the club was given 14 days to make the outstanding contributions, however they failed to do so."

The Bakrie Group remains in control of the club for now after meeting with the FFA today, but the group was hopeful of sealing a deal to sell the club in the very near future.

Brattan could be followed by other senior players if the issue remains unaddressed.

“The PFA expects that any further breaches by clubs will be dealt with by Football Federation Australia and that any failure by clubs to respect players’ entitlements should be treated in the same manner as a breach of the salary cap," said PFA Chief Executive Adam Vivian.

“The club’s conduct highlights why the PFA must act to protect the rights of the players in the absence of a collective bargaining agreement.”