Eddy Bosnar has launched a stunning serve on the A-League, Australian football and youth development down under, stating our system is ‘f*#&ed’ and that we are falling behind.

Bosnar represented the green and gold at youth level and had an 18-year professional career that included stints in the National Soccer League, in Croatia, Austria, the Netherlands, Japan, Korea, China and the A-League.

The former defender, who retired four years ago and lives in Sydney, is no longer involved in football in an official capacity but is dismayed about the direction the sport is headed in Australia.

Bosnar has voiced his concerns about the lack of opportunities for young players in the A-League in recent years and the decline of the production line that leads into the Socceroos.

“Closing the AIS f*#&ed Australian football totally, where did all those players in the past come from?” he told The World Game.

“When you look back at the late 1990s and early 2000s all the players played in the first-team at 16, 17, 18 years old and then they went overseas. Look at Simon Colomiso, Vince Grella, Marko Bresciano, they started in the NSL. Once they were 18, 19 they were gone to Europe. “These young kids [now] are going overseas at 16 and 17 years old, you’re kidding yourself. Get them to play A-League first, and get them to play really well in the A-League, then they can play somewhere. The whole system’s f*#&ed.

“There’s no young players anywhere. Even in the old NSL you always had five or six, seven, eight young players playing in each team. They came from the AIS and bang, straight into first-team football.

“There’s no question about it. It’s scary. Instead of us going forward, we’re going backwards.”

The impact of Covid-19 this year and the reduction in television broadcast money has seen many A-League clubs turn to local coaches and young players to fill their rosters.

Bosnar, who came through the AIS and debuted in the NSL at just 17-years-old with Newcastle Breakers, believes it may be a blessing in disguise.

“If we don’t blood young players we’re finished,” he said.

“The academies these days are next level, the pitches are brilliant. So why can’t we produce five players every year to go overseas? Explain that to me.

“What’s the problem? Because they’re not playing in the best competition. The rule in Japan is you have to have five players under the age of 23 in your squad every week. Stuff like that you have to do.

“No one sells anyone, no one knows how to sell anyone. We had bigger transfers in the NSL then we do in the A-League – work that one out.

“And there’s more money in the game now than there was 20 years ago. We’ve gone backwards. We’ve lost the culture, we’ve lost the character. Hopefully these young coaches Talay, Rudan, Corica, Kisnorbo… can help bring it back.”

Bosnar played in the Champions League with Austrian club Sturm Graz and in the Eredivise with Heracles Almelo. The centre back is dismayed to see so many talented past players and ex-Socceroos no longer involved in Australian football in any role.

“You look into our game and the football now that’s going on in Australia,” he said.

“How many of the big name players, or those who had really big careers, have anything to do with any clubs? Not one. You go anywhere in the world and the players they came before have the first foot in the door.

“I’m not saying I want to do it, I have a successful business that I run so I’ve got no time for it. But then I see others who love the game, like Jason Culina. He’s a smart guy, a sensible person and he could go anywhere he wants, he’s done it all. “And he’s nowhere in Australian football. It’s a sad to someone like him not involved. How many players are there who had good careers, who played for the Socceroos and did everything, they’re nowhere.

“But now you’ve got people who played nowhere have got all these positions in Australia. It’s not good. We haven’t got those old footballing people involved in the game anymore.

“Everyone’s gone. It’s sad, but what do you do? Look at Craig Moore, he’s not involved in the game. That’s why we’re never going to succeed, because everyone has agendas and looks after their own arses. And they’re all desperate for jobs.”

After a season with Central Coast Mariners and a brief spell with Sydney United, Bosnar retired in 2016. Now the 40-year-old runs a successful bakery business called Baked and co with his family.

He is speaking out not because he is after a job in football, but because of his concern for the future of the beautiful game in Australia.

“We started with a café bakery,” he explained.

“We franchised and we now have 11 and have four opening before Christmas. We supply over 250 cafes daily with pastries. It’s hard work. The PFA helped me with that.

“People should have more respect for the PFA, they’re doing a good job. You need a job after football – it keeps you sane. In football you’re used to a program, you’re like a robot.

“If you haven’t got something after you stop playing you’re finished. You have to keep moving. I’m not involved in football at all now. I did a bit of scouting, I still do a little bit.

“A few people ask my opinions on young players. A European agent asked to find some 16 to 18-year-old Aussies, I said you can’t find anyone here, you’re better off to look in the US. There’s no one playing here. It just doesn’t happen.”

Bosnar believes the salary cap should be scrapped in the A-League to help motivate young players.
Read More 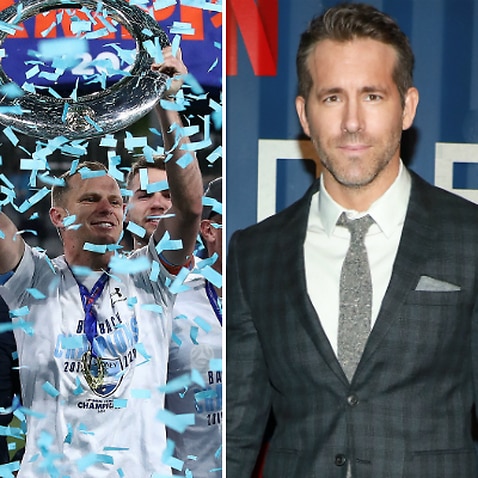 “The salary cap is shit,” he said.

“You have to give players incentives. If the league’s f*#&d as it is, you might as well as bring in a South Melbourne or a Marconi or a whoever. We’re not hungry any more [our players], everything gets given to them.

“They have to scrap the salary cap and give players incentives to play. All these players going to India, how sad is that? They should be going to India when they’re 40, not 25.

“We had everything before, we had technical players, we had players at big clubs overseas. It’s not good now. We don’t have a training base for the Socceroos. Every country has one, we don’t.

“We’ve got, Valentine Park, they haven’t fixed it for 40 years. I don’t know what’s going to happen [in the future].