Miron Bleiberg - the man who gave new Brisbane Roar coach Warren Moon his A-League debut back in 2005 - is convinced he will repay the faith shown in him by the club’s hierarchy.

The Roar foundation player’s elevation from Academy general manager to full-time successor to Robbie Fowler has raised a few eyebrows in light of his inexperience at A-League level.

But ex-Roar and Gold Coast United chief Bleiberg - like Moon a graduate of the National Premier League - has no misgivings, insisting the 38-year-old has already proved what he can do by bringing title success to Brisbane Lions.

According to Bleiberg, his next step, which begins when he takes the baton against Adelaide United at Cbus Super Stadium on Sunday, will be a seamless progression.

“Warren has football in his bones and I’m happy for him,” declared Bleiberg.

“For me he’s a good choice. Firstly, he’s a foundation player who has a feeling for the club.

“He was there from day one and he has the makings of good coach, which he’s already shown at NPL level.

“He has a smart football brain and good man-management skills.

“He was a very skillful midfielder who understands all facets of the game.

“He’s a hard worker who hasn’t come just to take the money. He also has a lovable personality, which helps too.”

Bleiberg has been tracking Moon’s rise up the ranks, with a Queensland Premiership/Championship double in his trophy cabinet before his arrival at the Roar Academy a year ago.

“He’s had success at the lower levels. For me, you have to make big decisions whether there are 100,000 people watching or two men and a dog,” added Bleiberg.

“He’s proved himself in everything he’s done so far.” 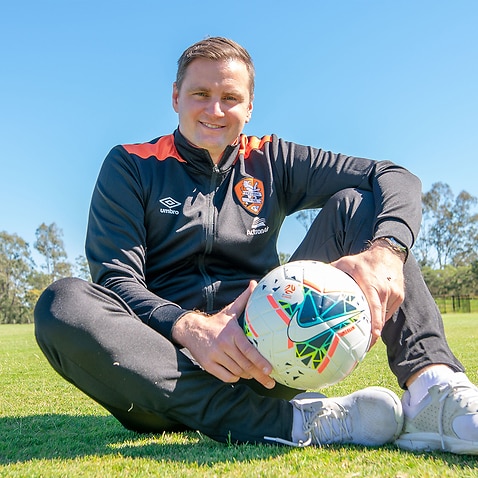 Though impressed by Fowler’s 24-game tenure - ended when he declined to return to Australia from the UK where his family are based - Bleiberg noted the Liverpool great arrived with even less coaching experience than Moon.

“Without taking anything away from Robbie Fowler, because I think he did a good job, he came with zero coaching experience,” added Bleiberg.

“Initially, some people might have seen it as a bit of a marketing ploy whilst Moon has proved something already and is climbing the ladder.

“I originally had him as a young player at Brisbane Lions and he’s had a similar career path to me, from Lions to the Roar.

“From a coaching side I wish he does even better.”

Moon was confirmed in the role on Thursday after assistant Darren Davies first accepted and then rejected the position within 24 hours.

Davies remains in situ for another year as Moon’s assistant and will provide valuable back up as Moon tackles the added pressure of being the leading man.