There was considerable media criticism of the A-League’s football standards following some humiliating Australian losses in the AFC Champions League recently.

This is good. The media commentariat has a responsibility to question and criticise and to try and find a diagnosis when things don’t go well.

But sometimes they can get things wrong, way wrong, by pointing a finger at the wrong people.

A large chunk of the commentators, in this instance, offered the diagnosis that the fault lied with our youth development and, in particular, the Dutch who authored it. One even called it a case of the Dutch-inspired curriculum coming home to roost.

I have said this in this space before and I’m happy to say it again: this is total poppycock.

The players who got smashed by the Asian teams are generally in their mid to late 20s. A player who, for example, is 28 today, would have ended his development phase ten years ago at 18. The Dutch-inspired curriculum began to be implemented in 2012, just four years ago. You do the maths and try to work out how the curriculum impacted on that 28-year-old’s development.

Indeed that player is the product of the primitive youth culture that existed before the Dutch – when kids as young as six were playing on full size fields, 11 v 11, and were encouraged to boot the crap out of the ball whenever it came near them. It is those who ran our development culture then who should now shoulder the blame if our adult players don’t measure up to international standards.

It is accepted worldwide that a player’s development phase spans ten years: from age 8 to age 18. So those kids who first fell into the net of the new curriculum are now just 12 years old. Judge them in another six years’ time.

And let’s not point fingers at the wrong people or the wrong causes. This nonsense was peddled after the Olyroos failed to qualify for Rio. It was wrong then and it is wrong now. Please stop it.

Still, looking at the Socceroo squad that Ange Postecoglou has selected for the coming FIFA World Cup qualifiers against Iraq and the UAE, we have some good players in this generation. 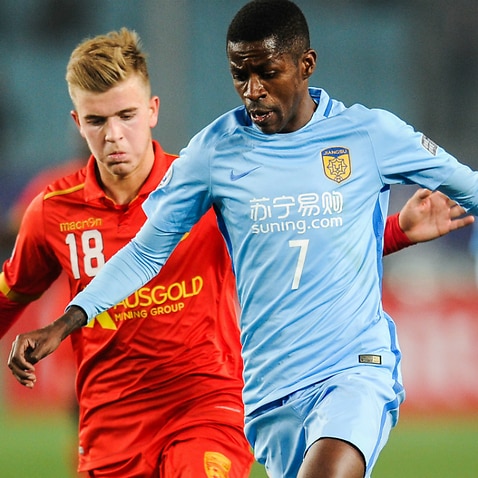 This is a good squad, even allowing for the absence of the recovering Tom Rogic.

And a word about Tim Cahill. He has to play, even if only for the imposition he presents to the opponents.

I believe leaving him out of the squad for the game against Thailiand was a mistake. Cahill, because of his remarkable aerial ability, would have put the fear of life into the Thai defenders by simply being on the park.

This has nothing to do with whether or not Tim is a 90-minute player any more. He enjoys legendary status and Australia’s opponents should be allowed to fear him.