But the 35-year-old marksman is far from satisfied with his 135 goals in the competition as he prepares for Western United's first clash of the season with cross-town rivals Melbourne Victory.

Berisha, who scored a brace in the second of United's three consecutive derby wins over Victory last term, is hell-bent on opening his account for the new season against his former club on Saturday night.

"I have a lot of great memories and a lot of respect for Melbourne Victory, but it is a great feeling playing against them and trying to win against them," Berisha said.

"It's always good to show that I've still got it and that's something I want to show them. 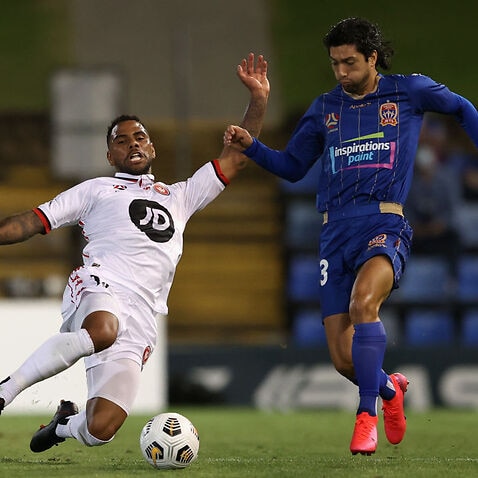 "I grew up with the mentality that you have to win derbies (because) they are very special to supporters."

United and Victory enter the derby cauldron buoyed by their respective first wins of the season in the past week, both from enthralling battles with Perth Glory.

United prevailed in a nine-goal thriller last weekend while Victory had Jake Brimmer to thank for his late brace in their narrow escape on Tuesday.

Despite the AAMI Park fixture being a designated United home game, Victory will likely enjoy the bulk of the support at a venue they know better than any other club.

"Playing against arguably the biggest club in the country only means that we want it more," United coach Mark Rudan said.

"Last year, as a new club, we beat them three times and we want to continue that dominance over them in front of what will be a pretty vocal crowd. "That's exactly what our players love - they want it to be loud because they get up for moments like that."

It is a sore point with Victory fans that they are yet to beat their newest rivals, but coach Grant Brebner denied the fruitless record would serve as added motivation for his side.

"We don't need to look at the past to get the players up for a game," Brebner said.

"We will treat this game like we would any other.

"We need to go out and win this game and continue our momentum and start getting ourselves back towards the top of the league rather than where we're at at the moment."