Zinedine Zidane believes Karim Benzema's incredible assist in Real Madrid's win over Espanyol may be one of the plays of the season.

Benzema produced a moment of magic to set up Casemiro in Madrid's 1-0 victory that sent them two points clear atop La Liga on Monday (AEST).

The forward's outrageous backheel through the legs of defender Bernardo Espinosa gave Casemiro a simple finish.

Madrid coach Zidane was unsurprised and believes Benzema's skill could go down as one of the best moments of the campaign.

"It doesn't surprise me. He is a player who invents things," Zidane said, via AS.

"And then Casemiro is there. It can be one of the plays of the championship." 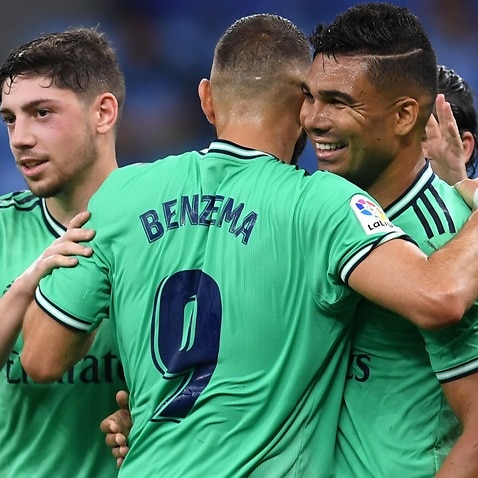 Zidane said he expected the title race to go down to the final day of the campaign.

"Six games are missing and this will be decided on the last day. You have to fight in every game," he said.

"Today the second played against the last. You never know in this league."

Madrid are next in action against Getafe on Friday (AEST).