In-demand striker Andrea Belotti scored a double as Torino thumped Pescara 5-3 in an eight-goal thriller in Serie A on Monday morning (AEDT).

The 23-year-old Italy international, who has been linked with a host of top clubs including Juventus, Bayern Munich, Chelsea and Arsenal, now has 19 goals in all competitions for his club this season. 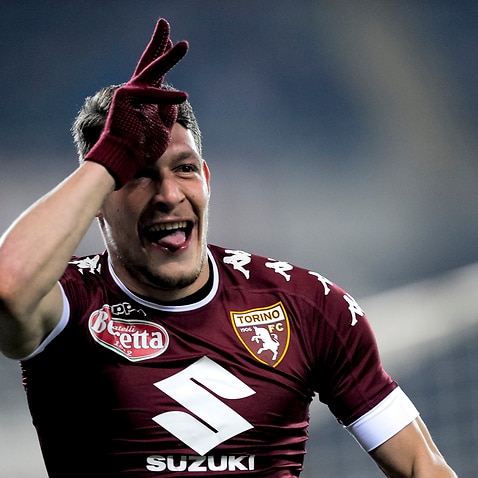 Torino got off to a rapid start and were 3-0 up inside 15 minutes, with Iago Falque and Arlind Ajeti on target before Belotti struck, carrying the ball from inside his own half and driving home from the edge of the penalty area.

Adem Ljajic added a fourth for Sinisa Mihajlovic's side with a sweet finish before Belotti made it 5-0 by glancing in a header from Falque's cross, but Serie A's bottom side battled back to make the score somewhat respectable with a late flurry.

Ajeti cancelled out his earlier effort by putting through his own goal and Ahmed Benali scored twice in under nine minutes for Pescara, whose coach Massimo Oddo finds himself under increasing pressure, to round off the scoring in a memorable match in Turin.

Free-scoring Torino had already hit five in matches against Bologna and Cagliari in Serie A this season and have now struck 29 goals in 12 home league games, while Belotti's 17 Serie A strikes place him one behind the top scorer Edin Dzeko of Roma. 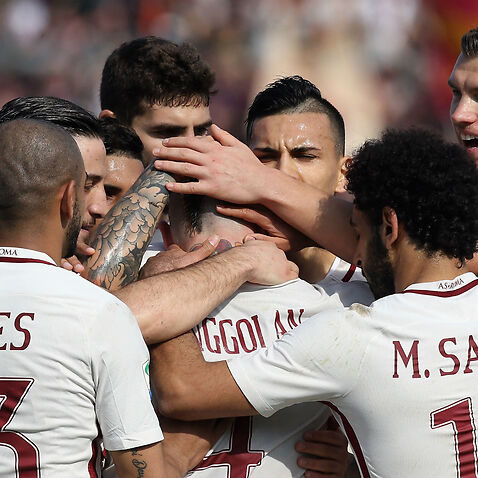 Nainggolan and Dzeko on target in Roma win