Belgium dealt a major blow to Bosnia and Herzegovina's hopes of securing a 2018 FIFA World Cup qualifying play-off berth with a scintillating 4-3 win in a sodden Sarajevo.

Bosnia and Herzegovina came into this clash knowing a win coupled with a Greece defeat against Cyprus later in the day would assure them of second place, although that would not yet be enough to guarantee them one of the best runners-up spots.

But ahead of Tuesday evening's (Wednesday morning AEDT) trip to Estonia, this defeat leaves Mecha Bazdarevic's side just one point clear of Greece, who host whipping boys Gibraltar on the final matchday.

It was a desperate start for the hosts, who fell behind to Thomas Meunier's fourth-minute goal but, after Marouane Fellaini departed with what appeared to be a left knee injury, Bosnia and Herzegovina equalised almost immediately as Haris Medunjanin had the simplest of tasks to tap home.

A dreadful error from Jan Vertonghen - who equalled Jan Ceulemans's record of 96 Belgium caps - let in Edin Visca as Bosnia and Herzegovina forged ahead before the break, but Roberto Martinez's men improved after the restart and levelled through Michy Batshuayi.

Vertonghen did atone for that mistake with a simple back-post finish midway through the second half, and the drama was far from over.

Dario Dumic thumped in a header from a corner with eight minutes to play but within two minutes Belgium struck the decisive blow, Yannick Carrasco slotting home at the near post to maintain his side's 100 per cent record in Group H and break Bosnia and Herzegovina hearts.

Persistent rain made for a heavy surface but Belgium made light of the difficult conditions with intricate play around the edge of the box leading to the opening goal.

The ball was worked to Eden Hazard, whose cutback enabled Meunier to sweep beyond Asmir Begovic via the knee of Ognjen Vranjes.

Bosnia and Herzegovina's response was swift although after tricking his way past Kevin De Bruyne from a short corner, Medunjanin could only shoot straight at Thibaut Courtois.

Bosnia and Herzegovina continued to assert themselves and their positive play paid dividends on the half-hour.

Edin Dzeko's effort from the tightest of angles flicked off Thomas Vermaelen and deceived Courtois, the ball running perfectly for Medunjanin to tap in from practically on the line.

Nine minutes later Bosnia and Herzegovina were in front in scenes reminiscent of the playground as Vertonghen completely missed Begovic's huge punt upfield and Visca raced away to fire through the legs of Courtois.

Begovic maintained his side's lead with a fine double save from close range to deny Batshuayi and Vermaelen, but the Bournemouth goalkeeper was fortunate to see his mis-handled Hazard cross deflect onto the post on the stroke of half-time.

Batshuayi headed wide at the start of the second period and it needed a desperate goal-line block from Vranjes to keep out Toby Alderweireld as Belgium applied the pressure, which told just before the hour as Begovic spilled Carrasco's shot and Batshuayi reacted fastest to stab home.

Worse was to come for the hosts as De Bruyne's corner found Carrasco on the edge of the box and his mis-hit volley skewed to Vertonghen to convert from close range.

Bosnia and Herzegovina substitute Vedad Ibisevic nodded narrowly wide and when Dzeko's effort was deflected behind, Dumic powered in Izet Hajrovic's corner to tee up what looked set to be a grandstand finale.

Unfortunately for the hosts, however, the telling blow arrived at the other end almost immediately as Meunier's pass found Carrasco to fire home and leave Bosnia and Herzegovina looking over their shoulders. 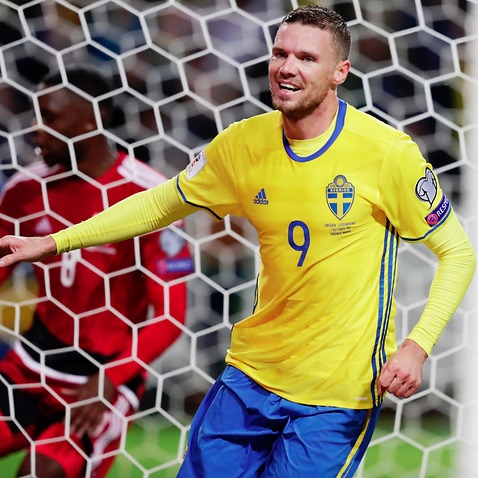 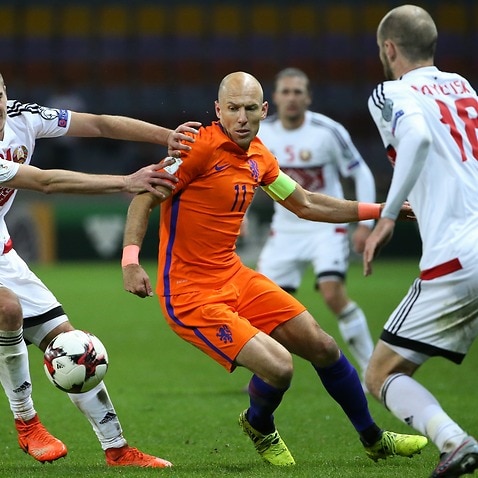 Rested Ronaldo the saviour for Portugal in Andorra