Boateng was substituted at half-time during Wednesday's 3-0 semi-final victory against Lyon due to "muscular problems".

The 31-year-old central defender took part in Bayern's Saturday training session at Estadio da Luz and Flick will make an assessment of his condition before selecting his XI.

"I am a coach who waits until the final practice session and then talks it through with his staff and thinks about the way it could be tomorrow," said Flick, who sent on Niklas Sule to partner David Alaba for the second 45 minutes against PSG's Ligue 1 counterparts. 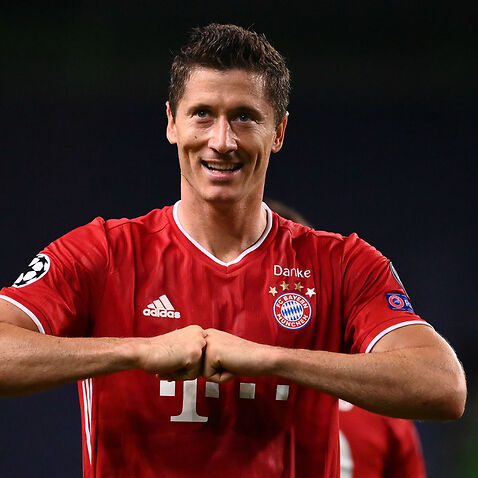 "That's what we're going to do. We hope Jerome is fit and passes the test.

"After [training] I will sit with my coaches and discuss which personnel we are going to use."

Benjamin Pavard returned to action from the bench during the Lyon match, although Flick conceded it was unlikely the France defender would be called upon to play 90 minutes having recently recovered from an ankle injury.

"First of all, I'm very happy that Benjamin Pavard has made it to Portugal, so that's testament to the work of the medical staff," said the Bayern boss at his pre-match news conference.

"He played an outstanding season and is really important to the team with his standing and presence. So, he is an option for us.

"But I also know that I don't really trust 100 per cent that he can play from the beginning. But we'll make a test, the same as Jerome Boateng, to see if he is back to 100 per cent." 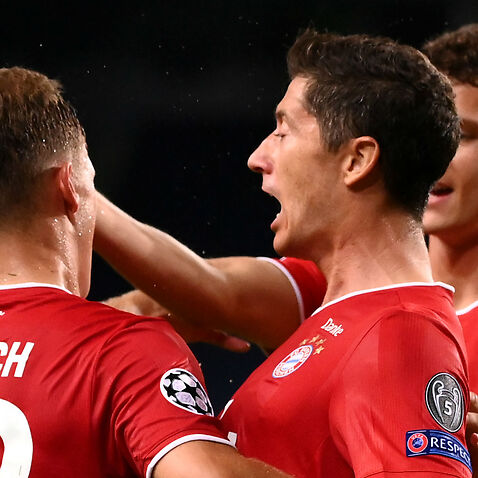 It means Joshua Kimmich is likely to continue at right-back, leaving Leon Goretzka and Thiago Alcantara in central midfield.

Kimmich paid a warm tribute to Flick, who transformed Bayern's season after succeeding Niko Kovac in November, leaving them a game away from repeating the historic treble of 2012-13.

"He managed to get through to the team really quickly. He's somebody who gives every player and every staff member the feeling that they are appreciated," the Germany international told reporters.

"He has really good communication towards every player and we have a clear plan that we stick to.

"The human side of things is very special – we're not just players that he uses for his system, he sees the person behind it, and we realise that."