The 34-year-old has scored a La Liga-high 14 goals to help Diego Simeone's Atletico sit 10 points clear atop the table, ahead of second-placed Barca with a game in hand.

Suarez averages the fewest minutes per goal (one goal every 85 minutes) among players to have scored at least two goals this season.

The Uruguay international reflected on his Barca exit following Ronald Koeman's arrival, adding: "When Barcelona told me that they did not count on me it was hard, I did not expect it.

"They were very difficult moments because of the manner [in which it happened]. Koeman called me and told me that I was not in his plans.

"When Barcelona made it official that they did not count on me, conversations began with Atleti, with Cholo [Simeone], with Miguel Angel...

"There was interest from many clubs, not just Juventus. I wanted to make the right decision, the best for me and my family." 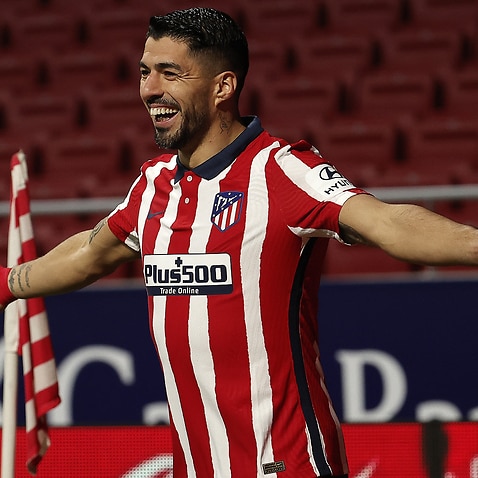 Barcelona captain Lionel Messi will retire wherever he wants amid doubts over his future, according to Suarez.

Messi is out of contract at the end of the current campaign and the record six-time Ballon d'Or winner appears likely to leave on a free transfer amid strong links to Ligue 1 champions Paris Saint-Germain and Premier League giants Manchester City.

The 33-year-old attacker had tried to exit Camp Nou prior to the start of 2020-21 before opting to remain with the embattled LaLiga powerhouse.

Suarez won four LaLiga titles and the Champions League among other honours during his time together with Messi before joining Atletico Madrid in the off-season and he hailed the superstar.

"This afternoon I spoke with him, he was very happy about yesterday's victory [over Granada]," Suarez told El Transistor.

"He is [playing] at a spectacular level, he is the best in the world.

"Messi will retire wherever he wants, he can decide whether it's at Barcelona, in Argentina or wherever."