Lionel Messi must be feeling that 'enough is enough' and he should quit Barcelona and seek saner pastures after yet another painful illustration of how this chaotic club continues to fail him.

Messi was a sorry spectator as Bayern Munich blitzed Barcelona 8-2 in an extraordinary UEFA Champions League quarter-final at the Stadium of Light in Lisbon.

The Argentine superstar would be entitled to fear that the lights have well and truly gone out at the once glorious club that has been in decline for a number of years.

Messi has given a lot to Barcelona and has been richly remunerated for his sublime efforts.

But the marriage has reached a stage where a divorce would benefit both parties.

The club would be able to start rebuilding without depending on the little Argentine to bail them out every other match and Messi would be in a position to win more trophies his stature as the world's finest player deserves. 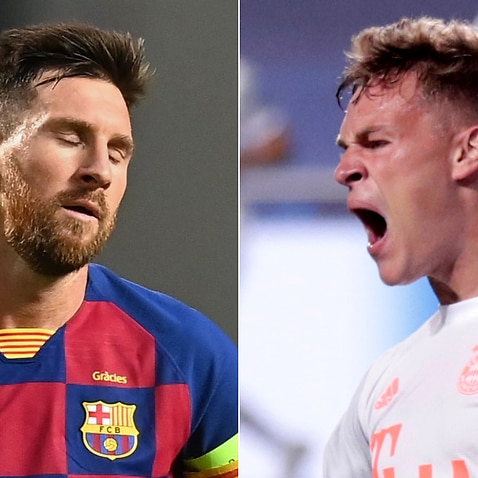 Messi is in the third year of his four-year contract that is reportedly worth an equivalent of $900,000 a week and his get-out cause is $480 million.

While Messi continues to maintain his lofty standards, the ageing team he has carried for at least three years appears to have reached the end of the road.

And the club has a lot to answer for after consistently failing to supplement the team's formidable attacking power with enough quality and experience in defence and midfield.

Messi has not won the Champions League since 2015 and for a man of his quality that is not good enough.

On many occasions, he has seen his dreams of winning the most important trophy in world club football dashed by the sort of chaotic defending that made Barca easily beatable.

The rot started on the occasion of that 'historic' tie with Paris Saint-Germain in 2016-17.

Having lost the first leg 4-0, Barcelona turned the tables on PSG with a sensational 6-1 rout thanks largely to some benevolent refereeing that was conveniently overlooked in the euphoria surrounding one of football's epic comebacks.

Then came four consecutive eliminations that confirmed what everybody knew but few would highlight: the team was great to watch when going forward but was always liable to concede goals galore.

In that same UCL season Barca crashed in the quarter-finals after losing 3-0 to Juventus in Turin.

The following season they fell 3-0 to Roma at the Olimpico after they had won the first leg 4-1 and last season, after beating Liverpool 3-0 at Camp Nou, they crashed 4-0 at Anfield.

The Lisbon debacle has sent shockwaves around the world but, if the truth be told, the writing has been on the wall for Barca for at least three years.

Four embarrassing disasters is unacceptable for such an ambitious club that seems to have created an impression that it has more money than sense.

The club made several poor signings in the last few years in their quest to match Real Madrid at home and abroad and this failure must have left Messi a disappointed and dumfounded figure.

The next few weeks will be interesting, no doubt about that.

The bottom line, however, is simple: Barcelona and Messi do not deserve each other any more.