Aljosa Asanovic seems genuinely mystified by Australian football. The former Croatian international, who has played professional football in seven countries, cannot understand why there are only ten clubs in the A-League.

He is confused by the complex player points system of the second-tier National Premier Leagues. He is perplexed by the absence of promotion and relegation between the A-League and the NPL. And he is unsure why Melbourne Victory were considered the A-League champions this season, even though Sydney FC finished 14 points on top of the ladder.

Most of all, he is frustrated by the limited time he has with his semi-professional players at Melbourne Knights, many of whom juggle full-time jobs and a football career in the NPL.

“I want to talk to my players about their life,” Asanovic said. “Not only about football.”

Despite the challenges, however, he is keen to adapt and to learn. For Asanovic, 52, there is a nice symmetry in returning to Australia.

The last time he was here, in 2001, he played his last professional game during a guest stint for Sydney United in the National Soccer League. Now, 17 years later, he is leading Melbourne Knights in his first job as a head coach.

These two Croatian-Australian clubs will forever mark the end of one chapter of his football career, and the beginning of another.

Yet Asanovic has returned to Australia at a time of change and uncertainty within the local Croatian football community. Sydney United are celebrating their 60th anniversary this year, but there has been tension between the junior and senior arms of the club in recent times.

Yet the most obvious change since 2001 is that the old NSL has been replaced by the A-League, leading to a situation where Sydney United and Melbourne Knights have been demoted to the second-tier NPL with no prospect of ever returning to the national stage.

“In 2001, so many crowds, so many people in the stadium,” Asanovic  remembered. “Now? Everything change. I don’t know why. Maybe the Croatian people lose the patience in the football, or the community?”

For the 2018 FIFA World Cup, just four Croatian-Australians have been selected in the 26-man provisional Socceroos squad: Mile Jedinak, Matt Jurman, Tomi Juric, and Fran Karacic. None are certain starters, and Karacic, 21, has never set foot in Australia. Moreover, there isn’t a single Croatian-Australian currently playing in the top leagues of Europe. 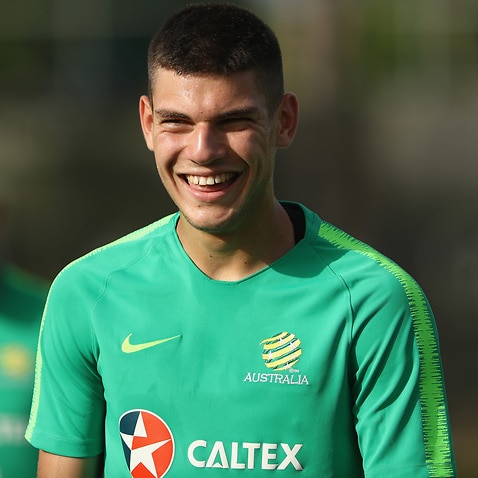 These days, Australian football fans are just as likely to see Croatians off the field as they are on it. Where once they were the players, now they are coaches, such as Ante Milicic, David Zdrilic, Zeljko Kalac and Tony Popovic; the journalists, such as the Herald Sun’s David Davutovic and the Guardian’s Ante Jukic; the television analysts, such as Mark Rudan, Lucy Zelic, Ned Zelic, and Mark Bosnich; and the administrators, such as John Didulica, the chief executive of Professional Footballers Australia.

In other words, their role has shifted from a physical one, to an intellectual one. In some ways, this mirrors a wider social change in the community, as the children and grandchildren of working-class migrants are receiving tertiary education and moving into white collar jobs.

According to Jure Dragovic, the president of the Croatian Soccer Association of Australia, there are three major factors contributing to this change: the problems of youth development in Australia generally; the assimilation and gentrification of the Croatian-Australian community; and the decline of Melbourne Knights and Sydney United since the end of the NSL.

Whatever the reasons, it is certain that there has been a drop-off in the number of Croatian-Australians making it through to the national league and the Socceroos.

Andrew Howe, the official statistician for the Football Federation of Australia and the author of the Encyclopedia of Socceroos, said that the number has definitely decreased in recent years after peaking in the early- to mid-2000s.

There is no doubt that the “golden generation” of Croatian-Australian talent came through in the 2006 World Cup, where seven Australians of Croatian background were selected for the Socceroos.

“It’s difficult to find an ancestry with a bigger impact on an Australian squad than the Croats and that talented 2006 team,” Howe said.

For the Socceroos, there was Mark Viduka, Tony Popovic, Jason Culina, Josip Skoko, Zeljko Kalac, Ante Covic, and Mark Bresciano — who was born to a Croatian mother and an Italian father. And for Croatia, there was Canberra-born Josip Simunic, Sydney-born Ante Seric, and Geelong-born Joey Didulica.

“The Croatian diaspora from Australia gave great players to the Croatian club and international football. Australia as a football community and country should be proud of that fact,” said Asanović. “Croatia is more than happy that we received Joe Šimunić as a player. He was probably one of the most talented centre backs in the history of Croatian football.”

What is striking about this generation is that virtually every player progressed through the Croatian clubs in Australia.

Skoko, for instance, played junior football for Mt Gambier Croatia in South Australia, moved to North Geelong Warriors in Victoria, and then joined Hajduk Split in 1995. Others played for clubs such as Hurstville Zagreb, Canberra Deakin, and Sydney United. Asanovic’s new club, Melbourne Knights, helped produced both Simunic and Viduka in the mid-1990s, during a period in which the club won back-to-back national league titles.

This generation of players did not just appear at random. Croatians, more than any other ethnic group in Australian football, stuck to their own clan. Consider the names in Melbourne Knights’ grand final winning side of 1995: Juric, Buljubasic, Horvat, Marth, Silic, Marusic, Grganovic, Viduka, Pondeljak, and Kovacevic.

Or that fantastic Sydney United side that finished nine points clear at the top of the ladder in 1997: Kalac, Kupresak, Babic, Plesa, Marusic, Moric, Milicic, Zdrilic, Bilokapic, Rudan, and Culina. “For Croats, football was seen as an extension of their cultural identity,” said Mariana Rudan, a journalist who grew up supporting Sydney United.

“It was a way of establishing the tribe. When you channel that passion for the game with identity and belonging to a tribe, your reason for playing becomes much grander. You have your why, and it goes beyond making loads of money.”

A key part of the Croatian-Australian identity as it existed from the 1950s until the late 1990s was the dream of an independent Croatia, free of Yugoslavia. In the 1980s, as a young man, Dragovic went to Croatian school every Sunday, Croatian Catholic youth groups, joined the Croatian club at university, and was involved in folkloric dancing and football.

“I used to look at guys that I went to school with, of Greek or Italian origin, and I’d say, ‘why don’t you know your language?’,” Dragovic explained. “They thought I was a nutcase, because I’d be pulling out the encyclopedia saying, ‘this is Croatia!’.”

Independence for Croatia, he believes, meant there is “less reason to be Croatian” for his son’s generation.

“What I saw happening was less of this generation was going to church, there’s no more Croatian clubs in universities, less youth groups, less of my generation sending their kids to Croatian school. The only thing now, the pillar of Croatian social activity - whether we like it or not - is our soccer clubs.”

Yet those clubs - particularly the big two of Sydney United and Melbourne Knights - have experienced an incredibly difficult period of transition since the end of the NSL. Many of their supporters and their children are now attending A-League matches and losing their attachment to their community clubs.

John Didulica believes this is partly because those clubs are “very unique” in Australian sport.

“They’ve always had this dual role: one was a sporting role, the other was this strong cultural role,” Didulica said.

“And sometimes that cultural role morphed into a political role because at the time, that was the prevailing issue of the day. Which is very different to how most football clubs were formed in Australia.

“The imperative to invest in a soccer club became less needed once Croatia had a homeland, because we could follow the Croatian national team all of a sudden. You didn’t need to put your heart and soul into Melbourne Croatia or Sydney Croatia. To see Croatia operate on a world stage was just an amazing thing, and I think that eroded the social importance of our community clubs.” 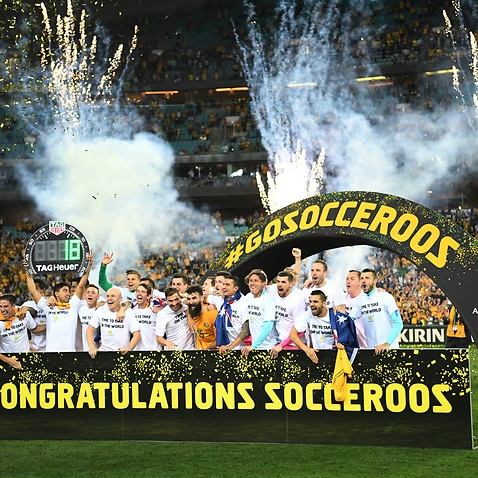 So, in effect, the Croatian football clubs have been hit by a double whammy: sovereignty for the Croatian state, and the end of the NSL. And herein lies the identity crisis that has beset the institutions of Croatian-Australian football - what is their role, for now and in the future? Will we ever see another generation like the one in 2006?

As president of the Croatian Soccer Association of Australia, he has seen the annual Croatian tournament grow markedly over the past five years, as the event has become just as much a celebration of Croatian culture as it is a football tournament.

This year, the 44th tournament will be hosted by the Gold Coast Knights and will feature more than 55 teams from around Australia and New Zealand, as well as Croatian community clubs from the USA and Germany.

“We’re talking over 1000 registered players, and three to 4000 people every day for four days,” Dragovic said.

The challenge is whether that community of people can be re-engaged during the season proper. This, in part, is why Melbourne Knights have recruited Asanovic. The club now boasts a genuine celebrity within the Croatian community — a man who scored Croatia’s first goal as a newly independent nation in 1990, starred in the 1998 World Cup, and served as assistant coach to the national team in recent years.

Despite the meagre salary and the relative obscurity of the NPL, Asanovic is showing that trademark Croatian enthusiasm.

Things can change quickly in football, but he has already said he is willing to stay for five years to help rebuild. He has the support of the club’s young president, 29-year-old Pave Jusup, and is involved not only with the first team but with the juniors as well, searching for the next generation of talented players.

"This is what I’m like. I’m not coming here for the money! I just come to help my club. This club has some reputation. But it is the past. Forget these things. We need new faces, new players. I want to change mentality.