Many things stick in the mind about that hot Monday afternoon in June, 14 years ago when Tim Cahill broke Japanese hearts and sparked a party in Australia.

While that first game of the 2006 World Cup will be forever remembered as a 3-1 win that gave the Socceroos a platform to get to the knockout stage as well as the belief to do so, there was something else too.

There was a feeling in that atmospheric old stadium in Kaiserslautern that this was a European team once again dashing the World Cup dreams of an Asian team. Australia had only joined the Asian Football Confederation just months before and fielded a first eleven that was completely made up of European-based players.

Most of them were in the English Premier League but there were representatives from prestigious clubs in Italy, Netherlands and Switzerland too. These were big players such as Harry Kewell, Mark Viduka, Mark Schwarzer, Lucas Neill, Craig Moore and so on. Japan by contrast had just three European-based players in their starting eleven. There was, of course, Hidetoshi Nakata, Shunsuke Nakamura and old ‘Sushi Bomber’ himself Naohiro Takahara. At that time, an Asian player heading to Europe was noteworthy.

In total, 16 out of Japan’s 23-man squad were home-based, compared to three from Australia.

The experience at the 2006 World Cup reinforced the feeling at JFA headquarters that sending more and more players to Europe was the way forward.

That has certainly happened. This Friday Japan will play their first game of 2020 on Friday against Cameroon. This will take place in the Dutch city of Utrecht. That’s not especially new as the Samurai Blue have arranged games in Europe before but this time, the entire squad is European-based.

This is, of course, a reaction to coronavirus. Travel restrictions and quarantine mean that it is not possible to have games back home and have European-based players return to Japan and play and it is not possible to have Japan-based players go to Europe to play and then return home to smoothly continue J.League commitments. It is just easier to play a game in Europe in a place that is easy for the overseas stars to get to.

But it also shows how far Japan has come. This new squad is made up of players from England, Spain, Germany, France, Italy, Netherlands, Belgium and Portugal. Japan sends more players to Europe than any other Asian nation and increasingly send them at young ages and to good leagues. Not all succeed, of course, but an increasing number do. It has become so commonplace that, apart from the big deals, there is no longer that much excitement.

It bodes well for the country. Exporting players to good leagues helps their development and also provides opportunities for others back home.

At the same time, Australia carry less of a European feel. Twelve out of the 23 named in the last game against Jordan plied their trade in Europe. Now there are players all over Asia and elsewhere. 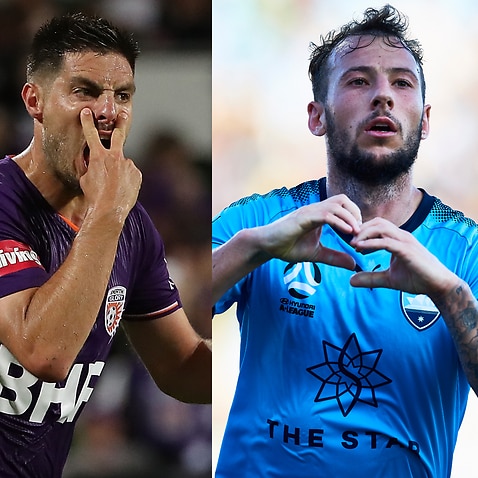 Australia is no longer Asia’s European team. Other nations are catching up quickly. Goalkeeper apart, South Korea, whose star Son Heung-min is currently the joint top scorer in the English Premier League and of the world’s most-feared attackers, could field a European-based team, albeit a slightly unbalanced one.

Iran, with a number of strikers scoring lots of goals all over Europe last season, have named nine European-based stars in their squad that will take on Mali and Uzbekistan in the coming days.

Australia started life as an Asian football nation bursting with European players. Now fellow AFC members have either overtaken the Socceroos or are catching up fast. The consequences will be fascinating.