Football Federation Australia will hold talks with NZ Football about staging a regular international match to help victims of national disasters if both countries can overcome the huge hurdle of an overcrowded FIFA calendar.

But don't expect the match to happen any time soon, with the heavy international schedules of the Socceroos and All Whites creating too many hurdles to find suitable dates for an annual match.

Such a fixture isn't likely until 2022, according to the FFA.

Despite the difficulties in organising a fixture between the historic rivals,  both countries' respective football federations have expressed genuine interest in the concept that has fired the imagination of many fans on both sides of the Tasman.

FFA chief operating officer Mark Falvo said an 'Anzac derby' was possible but not on an annual basis.

"Once every four years is very plausible but it is hard to have such a fixture every year, at least as far as men's football is concerned," Falvo said.

"That is our biggest challenge. There are simply not enough FIFA windows and we won't have such a match outside the windows because if we did so we would not be able to pick our best players. 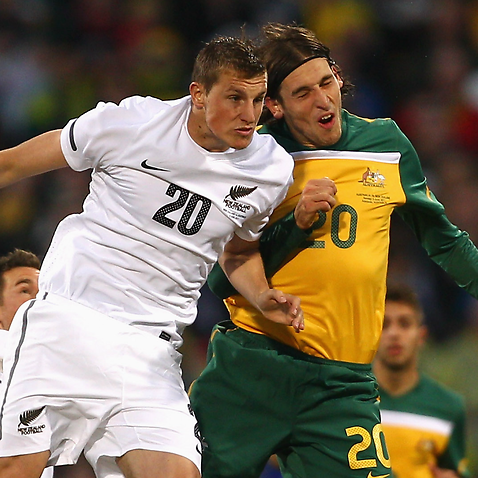 How about an annual Tasman tussle to help disaster victims?

"And if we are going to take such a match seriously we will not name a sub-standard team.

"The earliest we can have the match is in 2022 before the FIFA World Cup that kicks off in November. We can play in March, June or September but if the Socceroos are involved in a playoff to get to the Qatar finals March would be out.

"For our women's team there is more flexibility in the calendar and we have seen more regular fixtures between the Matildas and Football Ferns over the past few years, most recently in 2019 as part of the Cup of Nations.

"The natural disasters that have afflicted Australia and New Zealand are terrible tragedies. It's right that that we look at what role football can play to help alleviate some of the hardship so many are feeling. Several clubs and players have implemented various fund-raising initiatives and FFA is considering what more can be done."

New Zealand fans, who have not watched their national team play on home soil since the FIFA World Cup intercontinental playoff with Peru in 2017, have welcomed the concept with open arms.

Sky Stadium, formerly Westpac Stadium, has offered to hold an international match between the two Tasman rivals for free.

All the gate proceeds from the match would go to the victims of the bushfires that have wrought havoc with many areas in Australia.

Sky Stadium chief executive Shane Harmon said he was confident such a match would be a hit with the fans.

"This is a great idea and we would be happy to host Australia and New Zealand for free should they find a date for the match. We have had early support from our media and sponsors," Harmon said.

"I am confident we can draw a full house even if both teams are locally based.

"I have contacted the FFA and NZ Football and the answer is not a 'no'."

Fixtures between The Socceroos and All Whites have become infrequent since Australia quit Oceania to join the Asian Football Confederation in 2006.

The two countries have played each other 64 times but the last time they met was nine years ago when the Socceroos claimed a 3-0 victory in Adelaide.