When Gianni Infantino mooted the idea of a 48-team World Cup three years ago, football's fandom did not quite know what to make of the extravagant concept or how seriously they should take the new FIFA president.

The thought of a bloated World Cup was seen by many as another 'Blatterism' ... the sort of inane statement the now disgraced former president would make without consulting anyone and forcing his underlings into damage control mode.

Two years ago FIFA decided that the 2026 tournament - which has been awarded to Canada, Mexico and the United States - would comprise 48 teams but moves to kick off such a big event in Qatar in 2022 have gathered momentum.

Asia would get about eight spots in a 48-team finals, making the Socceroos' task of qualifying much easier.

The late Johnny Warren was not doing any cartwheels over FIFA's decision in 2003 (that was reversed after pressure from South America) to give Oceania direct access to the finals.

The Socceroos legend basically said that Australia - who were in Oceania then - needed to 'earn' their qualification the hard way not get a relative free ride.

Football Federation Australia, who have come under fire for supporting the notorious Sheikh Salman Ibrahim al-Khalifa's bid to retain the Asian Football Confederation's presidency, should look at the bigger picture and remember Warren's words of wisdom by voting against a 48-team World Cup when the proposal is put on the table at the FIFA Congress in Paris in June.

They should resist the temptation to vote for an easy ride that could give our game a false sense of security in favour of a harder alternative that would put us under constant pressure. 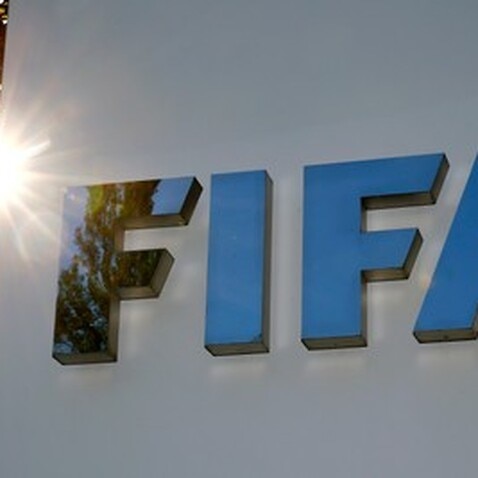 Hopefully this expansion madness will not materialise in Qatar and maybe beyond and remain in the realms of fantasia.

It is obvious that Qatar 2022 - for logistical and political reasons - cannot hold such a big tournament.

The tiny state is building eight stadia for 32 teams involving 64 matches from November 21 to December 18.

A 48-team tournament would involve 16 additional matches and more venues but no matches can be taken to Qatar's neighbours due to their diplomatic blockade of Doha.

They claim Qatar is aiding international terrorism although Doha denies the allegation.

The only two countries that could help out are Kuwait and Oman but both have inadequate venues.

Many have greeted the news that the governing body was serious about making the world's biggest sporting event an even greater and far-reaching spectacle.

Small football nations see a 48-team World Cup as a better opportunity to be at the big table.

Critics contend that a larger event would lower the standard of play and diminish its prestige.

Yet the driving force behind an expanded World Cup has more to do with a smart manoeuvre from a greedy administration to buy more votes to stay in power and make more money than a bid to give the football family a larger representation.

Forty-eight spots would enhance the participation prospects of teams from such big markets as China, India, Indonesia, Vietnam and the United States, who were all absent in Russia in 2018.

FIFA must be buoyed by the extraordinary success of last year's World Cup.

The Russians put on a friendly face for all visitors, the tournament provided endless entertainment and drama, France proved to be popular and deserved winners, viewer records were smashed and total revenue was an equivalent of $8.5 billion. FIFA even got VAR to work well.

It is not hard to understand why FIFA see a bigger World Cup as a perfect means to reach more people via television and enrich their coffers in the process.

Yet I can think of no better way to ruin the appeal of the World Cup than by expanding it.

Thirty-two teams works beautifully although confederations will always complain about the proportion of finals spots. So why change a winning team?

FIFA's flight of fancy must be shot down at all costs.