Socceroos midfielder Massimo Luongo found the back of the net for Queens Park Rangers to spark their 4-1 comeback victory over Norwich City in the Championship on Tuesday (AEST).

After Ryan Manning's own goal gifted Norwich the lead late in the first half, a well-worked move one minute later allowed Luongo to weave through the Canaries' compact defence and dispatch the ball past goalkeeper Angus Gunn.

The 25-year-old's effort seemed to spark the home side into life and they soon took full control through goals to Matt Smith, Eberechi Eze and Manning.

QPR manager Ian Holloway was full of praise for the Australian midfielder, who has now scored four goals in his last seven league games. 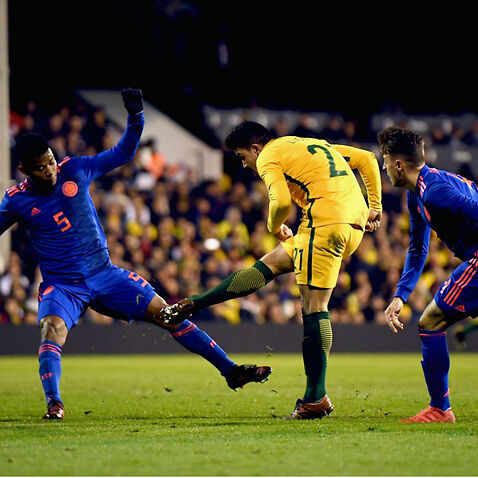 "I thought the lads showed terrific skill and mentality to score as early as we did," Holloway said.

"It was a fantastic goal - a couple of little one-twos.

"I gave Mass a rest the other day but we look fantastic when he's in there in that form. He's starting to get prolific."

Meanwhile, Premier League hopefuls Millwall had to settle for a 2-2 draw away to Ipswich Town, who handed a league debut to 18-year-old Sydney-born striker Ben Folami.

🎥 | Town striker Martyn Waghorn was full of praise for Ben Folami after the youngster made his Championship debut at Portman Road in the 2-2 draw with Millwall this afternoon 👇 pic.twitter.com/WoEpLFLRGX

Recent Socceroos call-up James Meredith played the full 90 minutes for the Lions while Tim Cahill was an unused substitute on the bench.

The result leaves Neil Harris' men just one point shy of the final play-off spot and level on points with Bristol City, who fell 1-0 at home to Brentford and withdrew captain Bailey Wright midway through the second half. Meet the young Aussie twins battling to break through in Europe

While Tomi Juric held his nerve from the spot to hand FC Luzern a comfortable 3-1 victory over third-placed FC St. Gallen in the Swiss Super League.

And Anthony Caceres played the full 90 minutes in Al-Wasl's 2-1 loss to group leaders Al Sadd in the AFC Champions League.