Socceroos winger Martin Boyle has helped lift Hibernian to second in the Scottish Premiership, scoring a goal in a man-of-the-match performance as the Edinburgh-based side cruised to a 4-0 win against Hamilton Academical.

The Scotland-born attacker found the back of the net from the penalty spot in the tenth minute to open the scoring for the Hibs, who would go on to score three more in the one-sided rout.

It was Boyle’s fifth goal of the campaign and his second in a week after he found the back of the net in the 3-0 win against Motherwell on December 6.

The Accies struggled to contain Boyle all night and it proved costly with the Australian flyer providing an assist for Kevin Nisbet in the 68th minute as Hibs wrapped up the game with their fourth goal of the night. The result has helped Hibernian leapfrog Celtic into second place on the league ladder, however, Celtic are only one point behind and have three games in hand.

It was also a big night in England’s League One with goals galore for Aussies Ryan Williams and Cameron Burgess.

Williams was on target for Portsmouth, scoring a brace as his side claimed a 2-0 win against Ipswich Town.

The former Fulham attacker was in fine fettle for Pompey, scoring twice in the first half, his first goals in 20 games this season, to help them jump up to third on the League One ladder.

Williams’ first goal was a thing of beauty with the Aussie firing into the top corner after a slick build-up of flicks and one-touch passing, while he swept home with his right foot one minute before the interval for his second.

The win was Portsmouth’s third on the trot and they will be out to keep the streak alive against Fleetwood town on December 17 (AEDT).

Accrington Stanley’s Aussie defender Burgess also found the back of the net in League One action but it wasn’t enough for victory as his side were edged 4-3 in a thrilling clash with Wigan Athletic.

Wigan raced out to a 3-0 lead inside the first 30 minutes, but Burgess helped Stanley mount a mammoth second-half comeback, providing an assist in the 61st minute.

The former Salford City player scored for Accrington Stanley in the 86th minute to make It 4-3 but Wigan were able to cling on for the win.

Also in League One, Callum Elder played 90 minutes for Hull City as they drew 0-0 with the Shrewsbury Town team of Matt Millar, who also played the full match.

Kenneth Dougall played the entire game in Blackpool’s scoreless draw against Oxford United, Ryan Edwards played 90 minutes for Burton Albion as they shared the spoils with Milton Keynes Dons and Bailey Wright helped Sunderland to a 4-0 win against Lincoln City, keeping a clean sheet in a 90-minute performance. Langerak ties J-League record for clean sheets in a season

Harry Souttar was the only Aussie in action in the Championship, playing the full game as Stoke City held the Wayne Rooney-coached Derby County to a scoreless draw.

Riley McGree was named in the squad for Birmingham City’s clash with Watford but was left on the bench in the 1-0 defeat.

In Germany, Mathew Leckie came off the bench for Hertha Berlin as they drew 1-1 with Borussia Monchengladbach.

The Socceroos flyer was introduced into the match with 15 minutes left on the clock but could not help Berlin find a winner.

It was Leckie’s seventh appearance of the season and his sixth from the bench after returning from a neck injury in November.

Former Sydney FC youth star Anthony Kalik was on target in Croatia’s top division, scoring twice for HNK Gorica as they cruised to a 4-1 win against league leaders Osijek.

Kalik scored his first goal in the 54th minute with a sensational solo finish, stealing the ball from the goalkeeper before firing over the retreating shot-stopper into the top corner from an acute angle 35 yards out.

He made it a brace 10 minutes later with a brilliantly timed run and composed finished to stretch his side's lead to 3-1.

It was the 23-year-old’s first goals of the season and helped move his side to third on the table, only four points behind Osijek in top spot and with two games in hand.

Elsewhere in Europe, Aziz Behich started and played the full game for Kayserispor as they played out a 0-0 draw with Trabzonspor in the Turkish Super Lig, while Apostolos Giannou Came off the bench for Greek outfit OFI as they beat Larissa AE 1-0 in the Greece Super League. 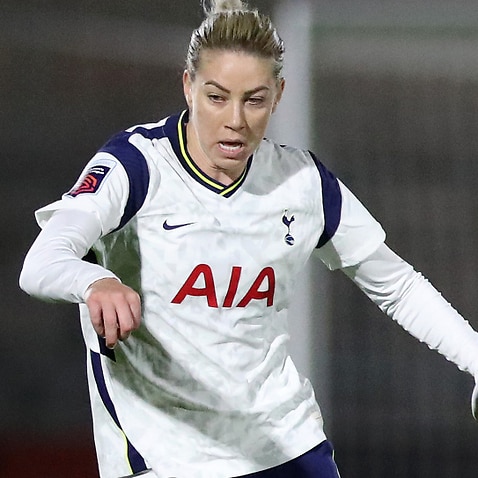 Finally, in Saudi Arabia, Craig Goodwin and Mitch Duke faced off as ABHA Club and Al Taawoun shared the spoils in a 0-0 draw.

Goodwin started the match for Abha and was subbed off in the 71st minute, while Duke was brought on by Al Taawoun as a second-half substitute in the 60th minute.

Meanwhile, Brad Jones played the full game for Al Nassr as they went down 2-1 to Al Ahli.