Socceroos midfielder Massimo Luongo has ended his eight-month goal drought, scoring the winner for Sheffield Wednesday as the edged Bristol City 2-1 in the Championship on Sunday night (AEST).

Luongo, who started the match in his preferred central midfield position, was in the right place at the right time to volley home the loose ball after a corner kick in the 59th minute - to give Wednesday a 2-0 lead.

It was his third goal of the season but his first since October 23, when he scored the only goal in a 1-0 victory against Stoke City.

After a slow start to the season, Luongo has become a key part of the Owls' midfield. 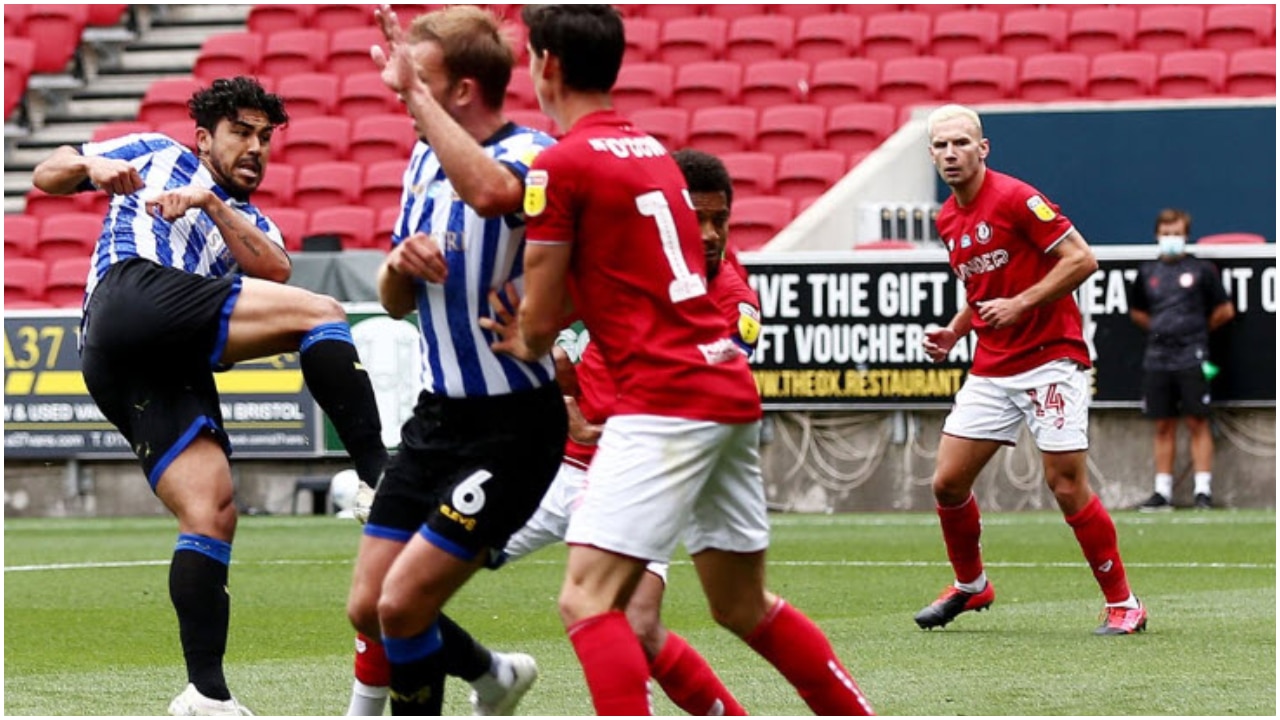 Wednesday sit in 13th position on the Championship ladder, but remain a mathematical chance of finishing in the play-off positions with seven games to play.

Luongo wasn't the only Aussie to find the back of the net over the weekend with striker Nikita Rukavytsya claiming a goal for Israeli side Maccabi Haifa in their 2-1 win against Hapoel Be'er Sheva on Sunday (AEST).

It was a fortuitous finish for the 33-year-old former Perth Glory and Western Sydney Wanderers attacker, with the ball deflecting off Rukavytsya's back and into the net on 12 minutes, to bring up his 22nd goal of the season.

In Austria, Jimmy Jeggo played 90 minutes for Austria Vienna in a 5-2 loss to St Polten, while James Holland put in a full shift for LASK in a 1-0 defeat to Wolfsberger AC.

Awer Mabil added an assist to his tally as FC Midtjylland edged closer to the Danish League title with a 2-1 win at FC Copenhagen on Monday (AEST).

The Socceroos flyer could have scored a game of his own as well, but fired over in the 22nd minute.

Mathew Leckie may have played his final game for Hertha Berlin after coming on as a substitute in their 2-1 loss at Borussia Moenchengladbach.

Leckie came on at half-time and almost scored in the 55th minute, but was unable to make the most of the set-up from teammate Arne Mier and blasted his shot over the bar.

Although contracted to Hertha for next season, Leckie is believed to be on the hunt for a new club after losing his place in the starting line-up. Also in the Bundesliga, Brandon Borello was an unused for SC Freiburg's 4-0 win against Schalke.

A number of Aussies were in action in K-League action over the weekend.

Adam Taggart started the match for Suwon and played 65 minutes, setting up his side's best chance of the match with a nice through ball during the first half.

Finally, Brandon O'Neill set up a goal and played 90 minutes in Pohang Steelers' 2-0 win at Gwangju.