The Harry Kewell led revolution at Oldham Athletic took another step in the right direction, Mitch Langerak was breaking records in Japan and Mat Ryan had the VAR to thank in England on what was a big night of action for our Aussies Abroad.

The mid-season turnaround at Oldham Athletic continues with the Kewell coached side securing their spot in the third round of the FA Cup with a 2-1 win against League Two rivals Bradford City.

It is the third straight win for Oldham and their sixth win from their last seven matches.

After a difficult start to the campaign, Socceroo great Kewell has helped get his side’s season back on track with an impressive run of form through December.

Sunday’s(AEDT) win against Bradford was their second in the past fortnight but instead of celebrating the winning ways of his team, Kewell threw down the gauntlet to his players calling on them to lift their game to the next level.

🗣️ "They can't hide anymore"#OAFC manager Harry Kewell believes they have set themselves a benchmark with an impressive victory over Bradford... pic.twitter.com/S2d2nfOi5u

“We can all get carried away because it is still a young team and one which is still progressing,” he said.

“When you put in a performance like this, the team can’t hide  anymore because this is their level now and they must stick to it.”

Despite the recent run of form, Oldham remain in 17th in League Two after 14 games, 12 points behind competition leaders Newport County who have a game in hand.

They return to league action on Wednesday morning (AEDT) against tenth-placed Tranmere Rovers.

It was a record night for Aussie shot-stopper Mitch Langerak in Japan with the Queensland product claiming yet another clean sheet Nagoya Grampus as they held Oita Trinita to a scoreless draw.

It was Langerak’s 14th clean sheet of the season for the J1. League outfit and marked a club record for most clean sheets in a season.

Very proud of this! The most clean sheets in a season in the clubs history, still with a few games to go! A huge team effort 🙌🏼💪🏼 https://t.co/39HMuekljz

The former Borussia Dortmund goalkeeper has been in career-best form this campaign and has helped lift Nagoya to third on the ladder and in contention for a spot in the Asian Champions League.

Three games remain for Nagoya including a clash against the Yokohama F.Marinos side coached by Former Socceroos boss Ange Postecoglou on December 12.

They travel to Kashiwa Reysol next Saturday.

Socceroos shot-stopper Mat Ryan had the VAR to thank as his Brighton & Hove Albion side claimed a dramatic late 1-1 draw against reigning Premier League champions Liverpool.

Ryan was up against one of the world’s best attack needed the help of the VAR to keep Liverpool out with Sadio Mane and Mo Salah both had goals disallowed.

Brighton spurned a brilliant chance to take the lead in the 19th minute when Neal Maupay missed a penalty with the match remaining deadlocked at 0-0 going into the half-time break.

VAR came to the rescue yet again for Ryan and Brighton after the restart with Roberto Firmino’s deft chip over the Aussie denied due to offside.

Liverpool’s Portuguese winger Jota finally found the breakthrough on the hour mark but it was Brighton who would have the last laugh.

Danny Wellbeck won a penalty in the dying seconds of the contest with Pascal Gross capitalising from the penalty spot to ensure the Seagulls went home with a shock competition point.

The result moves Ryan’s Brighton side to 16th on the Premier League ladder after ten games.

Ryan will return to the Amex Stadium on Tuesday (AEDT) as Brighton host Southampton.

Elsewhere in England there was plenty of fellow Aussie players in action.

Massimo Luongo played 90 minutes for Sheffield Wednesday as his side were held to a scoreless draw against Stoke City in the Championship.

Luongo started the match playing defensive midfield for Wednesday as they set out to claim their first win in four matches. 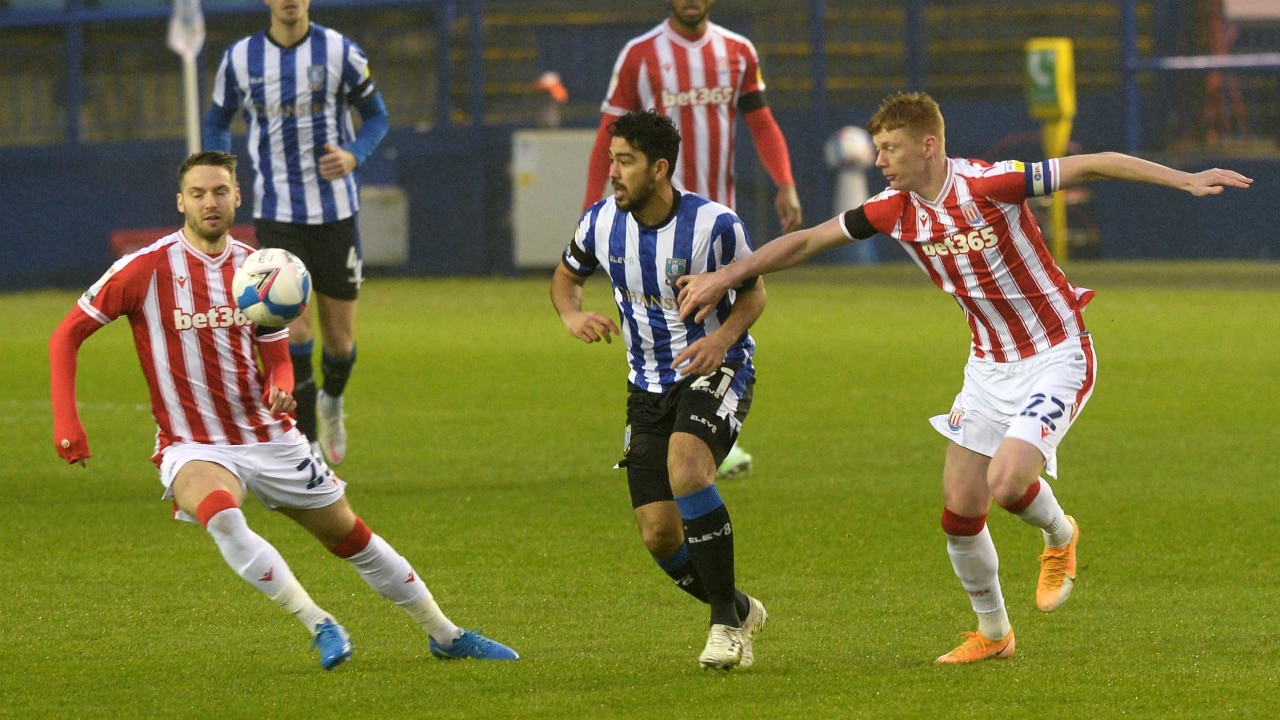 It was an industrious performance from the Socceroos midfielder but his best contribution to the game came in the 88th minute when he stopped a breakaway Stoke counter in its tracks with a tactical foul on Jacob Brown.

Luongo received a yellow card for his actions but it ensured his side took home a point.

Socceroo Harry Souttar was not in the Stoke squad for the match.

In the FA Cup, Ryan Williams claimed an assist as his Portsmouth side made light work of National League outfit Kings Lynn Town with a 6-1 win.

Williams started the match on the right wing for Pompey and set up Tom Naylor to score the home side’s second goal. The Perth born midfielder played the full 90 minutes of the contest as Portsmouth cruised into the third round of the FA Cup.

Riley McGree was an unused substitute for Birmingham City as they played out a scoreless Championship clash against Millwall.

Mooy was rested in the first half before being introduced to the contest in the 46th minute alongside Brazilian superstar Oscar with the game deadlocked at 1-1 as Shanghai pushed for a winner.

The move paid off for SIPG as Hulk smashed the Chinese side in front in the 55th minute with Postecoglou’s Yokohama side unable to find an equaliser. The result moves Shanghai to equal second in Group H alongside Yokohama on nine points after four games ahead of Sydney FC and Korea’s Jeonbuk Motors.

Mooy will face off against Sydney for a second time in a week on Tuesday while Postecoglou’s Yokohama play Jeonbuk.

In Belgium, Danny Vukovic was back to his best with the Socceroos shot-stopper helping his Genk side keep a clean sheet in a 0-0 draw against Cercle Brugge.

Awer Mabil was unable to carry on his Champions League scoring exploits for Danish side Midtjylland in their clash against Aab which finished 0-0.

Mabil was a second-half substitute in the match being introduced to the contest in the 73rd minute. 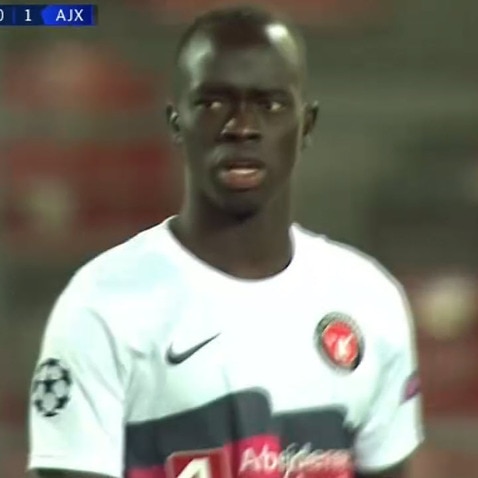 While Midtjylland pushed forward desperate for a winner it wasn’t to be for Mabil and the Danish Super-Liga Champions.

Midtjylland remain in top spot after 10 games and will return to action in the Champions League on Wednesday (AEDT) as they travel to Italy to play Atalanta.

Finally, Martin Boyle played 90 minutes for Hibernian as the edged Dundee 1-0 in the Scottish League Cup.