Socceroos midfielder Jackson Irvine went from hero to zero in the Championship, while there were also goals for Aussies Scott McDonald, David Williams and Connor Chapman in overnight action abroad.

Burton star Irvine, who has been linked with a move away from the Championship club, was at the centre of the action in a crazy nine-minute passage of play during their clash with Hull City.

The 24-year-old picked up a yellow card in the 29th minute, before producing a brilliant curling strike to score his first Championship goal of the season and draw his side level just four minutes later.

But before Burton - who finished 20th in the Championship last season - could celebrate their equaliser, the Australia midfielder was given has marching orders in the 38th minute, after picking up another yellow while trying to prevent a Hull counter-attack.

In Irvine's absence, Burton suffered a second-half collapse to go down 4-1 to Hull, who were relegated from the Premier League last campaign.

Elsewhere, Scott McDonald, who was recently targeted for a homecoming to the A-League, scored the opener in 10-man Dundee United's 2-1 Scottish Championship win over Queen of the South.

It was McDonald's first goal of the league season.

The 29-year-old scored the opener from the spot, before doubling his side's lead in the 70th minute to bring up his third goal of the Hungary league campaign.

Williams' ex-Melbourne City team-mate Connor Chapman also got on the scoresheet in Korea, giving his side Incheon an early lead, before they prevailed 2-1 over Sangju Sangmu in the K-League classic on Saturday night (AEST).

In the Premier League, Aaron Mooy was instrumental in Huddersfield Town's shock 3-0 win over Crystal Palace. 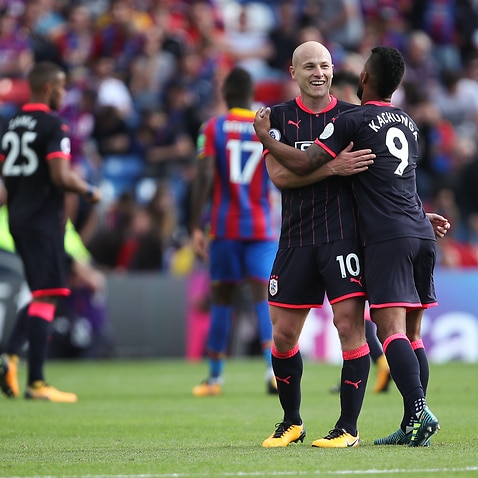 While Mat Ryan impressed despite a plucky Brighton & Hove Albion going down 2-0 at home to Manchester City. 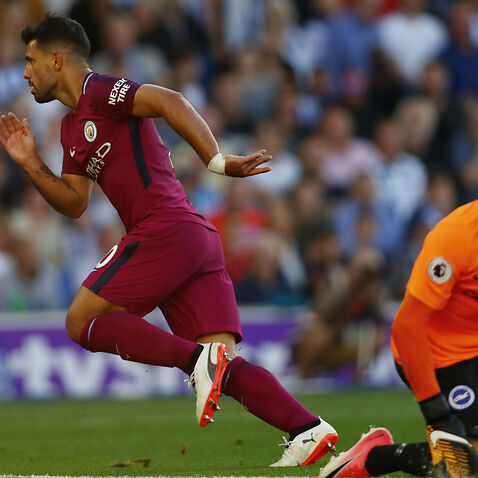 And former Brisbane Roar star Jamie Maclaren was a second-half substitute - playing the last 22 minutes - in Darmstadt's 3-1 loss to Regensburg in 2.Bundesliga.