The 18-year-old, who just put pen to paper on his new deal, has already made his first-team debut in a friendly against French club Metz, coming on as a 58th minute substitute in the 2-0 loss overnight.

Armenakas has represented Australia at under-17 level and was selected as part of Josep Gombau's youth development squad which assembled in Spain in March.

He made his move to Belgium ignoring other offers from Spain, Germany, Holland and other Serie A clubs in Italy.

Armenakas joined Udinese in 2014 after two years at Watford's Youth Academy, with his extended deal tying him to the Serie A club until 2018.

But his chances of playing first team football, with men against men, swayed him to join Tubize.

"I needed to find a league and a club in Europe where I could legitimately fight for first team football every single day and where the level of football would be challenging and would allow me to grow and develop even further," Armenakas told The World Game.

"My main objective next season is to be playing regular first team football in Europe."

After three seasons at Udinese, where Armenakas was the star turn in the club's under-19 squad, he grew convinced that he won't get his chance at first team football. 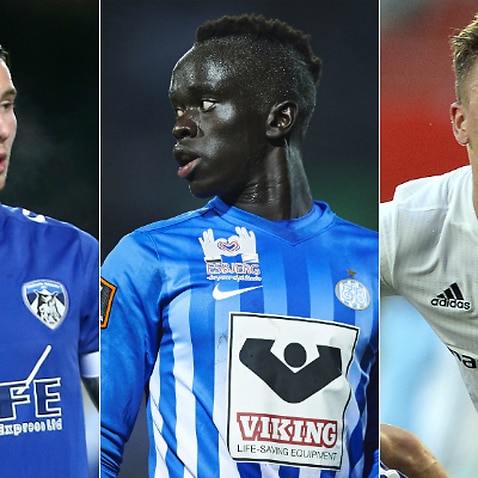 "Personally, I had a very good season for Udinese Primavera - finishing as their highest goal scorer, with the most assists as well, and, with my overall attacking play contributing directly to some 62 per cent of the teams goals for the season," said Armenakas.

"In fact, my stats this season as an attacking player were the best of any of the Udinese Primavera players I played with over the last three seasons which I am very proud of."

Despite that, promotion to the first team looked unlikely at Udinese whose first team, with an average age of 28, is one of the oldest in the Serie A.

"Very few players under the age of 23 or 22 in Serie A or even Serie B are playing regular first team football. That is what it is. I am not even 19 yet," Armenakas adds.

"The average age at AFC Tubize is 24, and so even at 19, this will be a big challenge and I can’t wait to get started.

"The Belgian league is a very technical league and a very attacking league which suits my style of football and I will go there a much improved player tactically and defensively from my time in Italy."