FA Youth Cup glory this week was bitter-sweet for Australian starlet Alexander Robertson, as grief over the death of former teammate Jeremy Wisten clouded the euphoria of defeating Chelsea to lift the trophy.

The pair forged a close allegiance playing for City’s U-18s before Malawi-born centre-back Wisten, 17, had his contract terminated earlier this year.

UK newspaper reports claim he subsequently fell into a deep depression and took his own life last week.

After playing a cameo role off the bench in the 3-2 victory over Chelsea, Robertson’s delight at the club overcoming four previous final defeats was tempered by the tragic loss.

“Jeremy and I were really close friends and it’s been really hard,” he said. 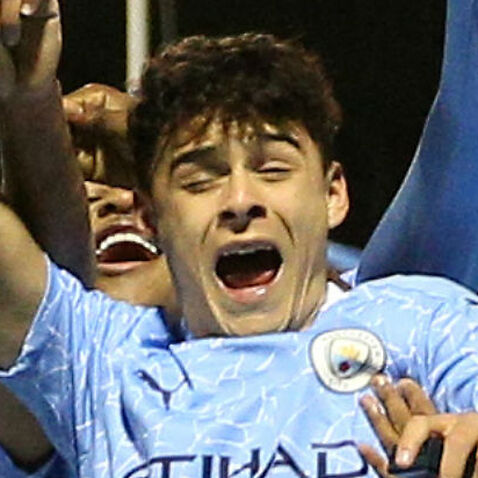 “Everything I plan to do now (in my career) I just want to do for him.

“I was literally lying in bed at night when I found out, and I was devastated.

“We know what happened but we’re keeping these things private.

“I’m trying to keep my head and mental space right - I need to stay strong and try and focus on football.”

Robertson visited Wisten’s family home yesterday to deliver a condolence card on behalf of the club.

“As a team against Chelsea we were just trying to do him proud, and it was nice to get the win in his memory,” he added.

“We all had mixed emotions after the match because he was close friends with a lot of us. He was a loved kid by everyone at the club.”

It was only Robertson’s third taste of action this season after being sidelined for nearly two months with a hip flexor injury.

And it was another important step on the road back to full match rhythm and fitness.

“It was the first time the club has won the trophy in 12 years and I was just thankful to have played a part in it,” said Robertson.

“I’ve had the injury and have only played 60 minutes since coming back.

“I just want to pick up plenty of minutes now. I need to be playing as much as I can and kick on from there.”

Whilst still eligible for the U-18s, the midfielder has been promoted to the U-23s this season in recognition of his soaring potential.

Though part of the Australian U-20s camp in the Netherlands last year, he’s been capped by England at youth level, and has been called up for another Three Lions U-18s camp this month.

However tough new coronavirus restrictions in the UK could potentially scupper that.

Robertson is also eligible for Peru and Scotland.