There is a fine tradition of Australian goalkeepers in the Premier League. Mark Schwarzer is remembered as one of the best number ones that Middlesbrough and Fulham have ever had.

Mark Bosnich has a similar standing among fans of Aston Villa.

Time will tell whether Mathew Ryan will enjoy a similar lifelong status among fans of Brighton and Hove Albion but, after three years, the signs are good.

Already the former Central Coast Mariners number one has shown that he is another example of Aussie excellence between the sticks.

The 28-year-old headed to England’s south coast in June 2017 after establishing himself in Europe with spells in Belgium and Spain.

Brighton had watched Ryan for some time and there was plenty of pressure on his shoulders in joining a club that had just been promoted to the Premier League.

Three years later, he is still there and going strong with a century of appearances under his belt.

Fans were looking forward to seeing him in action after he became a Seagull.

“He was known as a well-respected goalkeeper before he arrived,” said Alan Wares, co-presenter of The Albion Roar radio show and podcast.

“Ben Roberts, the Albion goalkeeping coach does know how to spot and nurture decent goalkeepers, so even if there were concerns, Roberts would have ironed those issues out.”

Ryan was quick to enter the action and link up with the team’s central defenders.

He also impressed fans who felt, according to Wares, that he was the real deal almost from the get-go as a couple of issues in the early games were soon solved.

“He is a clean shot-stopper, who spent the first couple of (friendly) matches sorting out when to catch or punch ahead of two giants in Lewis Dunk and Shane Duffy," Wares said.

"But the three of them have got their roles in place, and any concerns would be of a group error, rather than specifically Maty’s or Lewis’ or Shane’s. In other words, [he is] solid and dependable.

“To be honest, we don’t want goalkeepers to have brilliant matches - it implies we are being outplayed, but Maty, in his 100 or so games for the club has rarely disappointed.”

Ryan arrived with World Cup appearances under his belt, appeared in every game in his first season and has gone from strength to strength as the club have established themselves in England’s top tier.

“He knows his strengths and weaknesses, and works around them appropriately. He can also spot a quick 45-yard pass to get an attack going - though that is maddening when he overplays it and misses the pitch entirely.”

Even a supposed lack of height - at 184cm - for a modern goalkeeper has not been a major issue, with Wares adding that this was exaggerated before he arrived.

“If you’d have believed some people, they’d have you convinced he was about 5’9”.

Ryan follows the example of Schwarzer in trying to represent his country as much as possible, despite the travel and time needed to do so.

Yet this is not a problem for Brighton.

“Under normal circumstances, it would be,” Wares said.

“But Ben Roberts has trained and nurtured the other goalkeepers at the club so well, that when Maty is absent, his understudies step up and perform admirably.”

That also helps to alleviate concerns that Ryan could be tempted by one of the so-called ‘bigger clubs’.

“It wouldn’t work. His understanding with Dunk and Duffy - two of the biggest people in the Premier League - is too vital. Unless those two went with him, of course.”

With Ryan between the sticks there is confidence that Brighton will be able to maintain their top tier status when the season restarts later this month.

Whatever happens, however, he has already earned a place for himself alongside those other legendary Premier League goalkeepers, the twin Marks of Bosnich and Schwarzer. 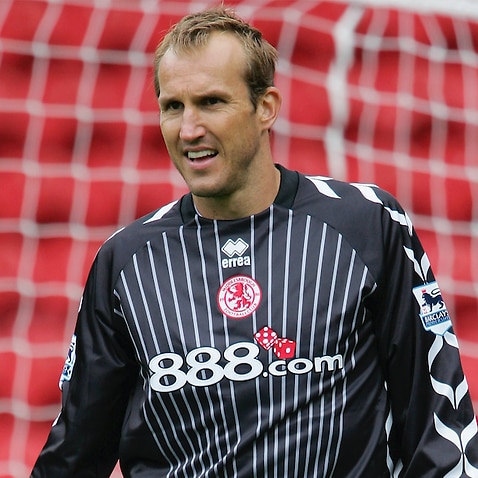