Young Socceroos midfielder Lachlan Brook has become the latest recruit hoping to prosper from Brentford’s maverick ‘Moneyball’ model after being unveiled this week by the Championship club.

By Dave Lewis
Share
Signed from Adelaide United on a three-year deal, Brook, 19, will line up for the Bees’ B team, with a pipeline straight into coach Thomas Frank’s first-team squad.
Six A-League appearances was enough to convince the west London club’s dual directors of football, Phil Giles and Rasmus Ankersen, to invest in a player they believe fits their data-driven development ethos first pioneered to wide acclaim by the Oakland Athletics baseball team.
With forensic focus on player analytics and stats, the strategy put in place by boyhood fan turned owner Matthew Bentham saw Brentford only miss out on Premier League promotion after a playoff final loss to Fulham last season.
Read More They also reaped $50 million for star striker Ollie Watkins from Aston Villa.
Brook knows he’s joined no ordinary club, telling The World Game: “Being a young player with the way the whole club is set up was hugely attractive to me.
“I think this is somewhere I can break through and really put my stamp on football ... it’s a massive club for me.
“Signing for the B team is a huge thing, and I’m keen to get underway for them and hopefully push through to the first team.
“The focus for now is to try and get fit coming here off the back off an off-season from Australia, and getting to know a new style of football. I’m really excited.”

🗣 "It's a big step for me and I can't wait to get started"@Lachlanbrook10 discusses his move to #BrentfordB from @AdelaideUnited 👇#BrentfordFC pic.twitter.com/BYdIptD7R2

With Brentford scrapping their academy in favour of scouring Europe in search of gifted 16 to 20-year-old players who fit their B team mould, Brook joins a squad which duplicates the first team’s tactics, cultural values and training methods.
All of which means Frank has a player steeped in his preferred style before they even set foot in the senior squad.
Eschewing running an academy means Brentford aren’t eligible to compete in England’s U-23 leagues, but the B team plays European teams as well as friendlies with domestic U-23 sides, with the aim to expose them to myriad different styles.
Having made his millions as a professional gambler, it’s Bentham’s fascination with numbers which underpins and inspires the club’s unorthodox structures.
“What they’re doing is working well and they’re a club which has their sights on the Premier League ... that was another big incentive,” added Brook.
“They have a squad which I think will be challenging again this year to go up.
“There was a bit of interest from them last year when I played some games for the Young Socceroos in Holland, and if came again at the end of the A-League season.
“My agent contacted me five weeks ago and it was just a matter of working things out, and I’m so happy the deal got over the line.”
Brook trialled at Tottenham as an 11-year old after Sydney-based youth development coach John Klappas used his connections there to open doors.
Tottenham’s former chief European scout, David Magrone - who brought a young Massimo Luongo to north London - also monitored Brook during his initial exposure to England.
Magrone said it’s the perfect club for the youngster to flourish.
“If he’s as promising as I hear he is this is a great move for him because it’s a club where you can progress rapidly,” he said.
“They do everything the right way and I think long term they’re going to have a nice production line.

“This won’t be the last time they sell a player for $50 million.”
Read More 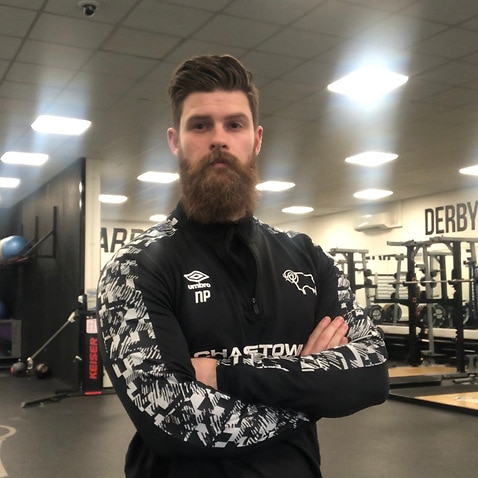 Brook is out to seize that pathway.
“At the end of the day I’ve come here to develop my game and give myself the best opportunity to become the best player I can,” he added.
“And being at a club like Brentford can only help. The biggest thing with English football is the physical side, not just the technical aspects.
“But Brentford aren’t you’re typical English club, the way they play and their attacking style.
“I’m still learning the game and I’m looking to improve at all levels.”