Romance blossomed during their time together on the books at Melbourne City, where Catley skippered the W-League team whilst Bouzanis racked up 57 appearances across four A-League campaigns.

It seemed fate might separate the pair indefinitely when Matildas left-back Catley, 26, was brought to the FA Women’s Super League by Arsenal Women coach Joe Montemurro back in July.

However, a month later Bouzanis, 30, was also on a plane to the UK to sign for National League Sutton United, who are vying for promotion to League Two. It’s not Bouzanis’ first rodeo in England, where the goalkeeper has accumulated invaluable experience - first as a junior at Liverpool, then in the lower leagues at Accrington Stanley and Oldham Athletic.

When the chance came to head to south London to join a club which reached the FA Cup fifth round in 2017, he didn’t hesitate, especially with the A-League in tumult at that point over the CBA, salary cap and player payments.

“It was a chance for us both to continue to live together and follow our dreams at the same time in the same place,” Bouzanis told The World Game.

“Things just fell into place to return to a country where they live and breath football, and for me at a club which has big ambitions.

“It just happened to be that Sutton showed interest and were also based in London. It’s unbelievable how it all worked out.

“Had their been clarity around the A-League, I might also have stayed there ... it wasn’t a case necessarily of Steph coming to Arsenal meaning I must also come to Europe.

“We fully support each other in that.

“I enjoyed my time at Melbourne City but having a partner who also plays football, the game takes you different places where you can either be apart or together.” 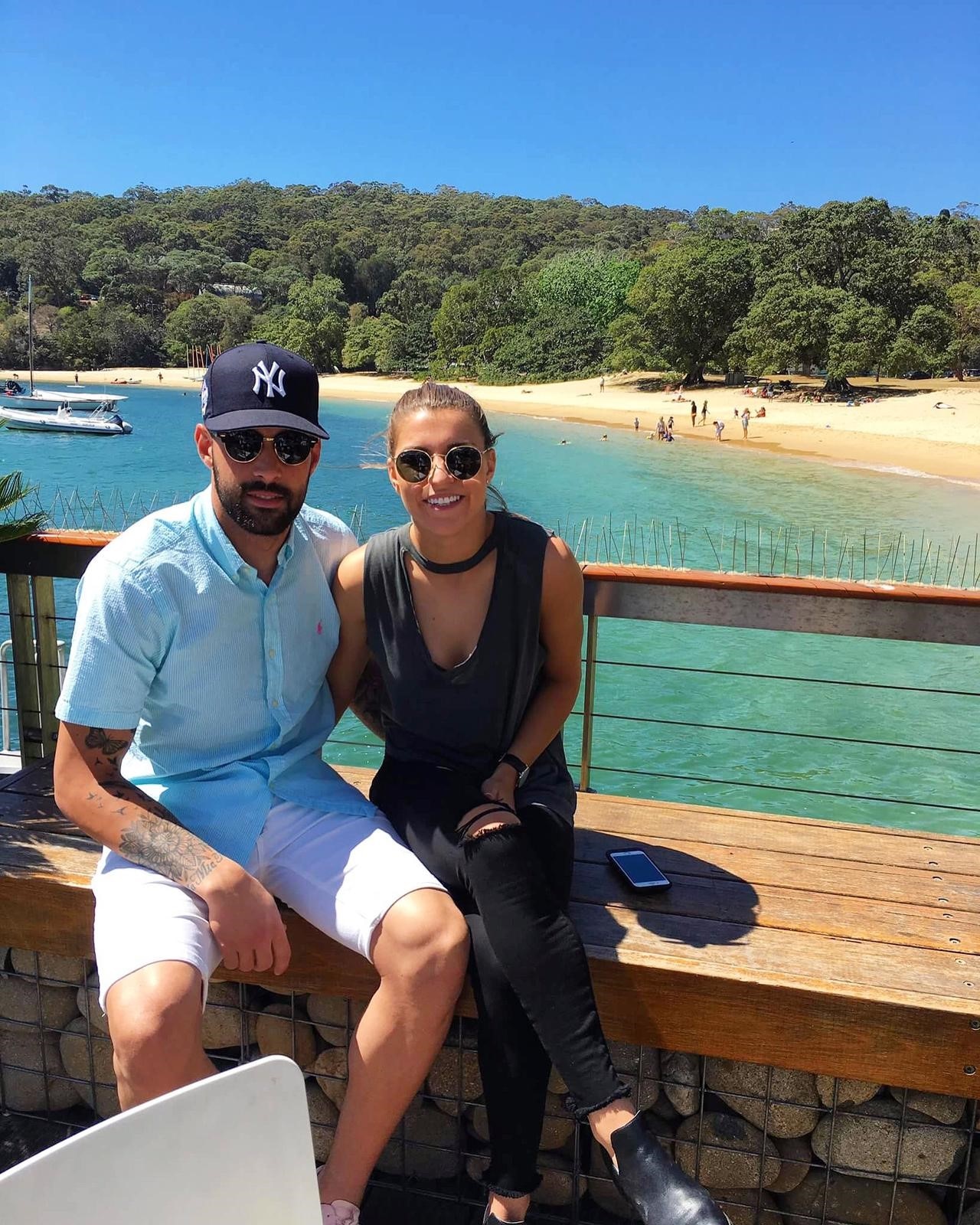 Bouzanis is planning to play deep into his thirties, and feels there will be plenty more twists and turns in his career.

“I’ve got a while to go in the game yet and wanted to get back to Europe,” he added.

“It doesn’t concern me that we’re a non-league club because this just felt like the right move.

“I didn’t know what to expect but the level is of a really high standard - the difference between us and League Two is minimal.

“We have the best defensive record in the league at the minute and with squad we’ve got we can hopefully do something special.”

Bouzanis has hit the ground running, starting the first five games as the U’s have jumped to fifth on the ladder, six points off leaders Torquay United but with two games in hand.

Catley, though, has after playing two matches early in the season has been out of action, fighting off a calf injury as Arsenal Women have raced to the top of the WSL table.

Touted as a player vying to be the best left-back in the women’s game, she’s hoping to be fit to face Alanna Kennedy’s Tottenham in next Friday’s FA WSL Cup. 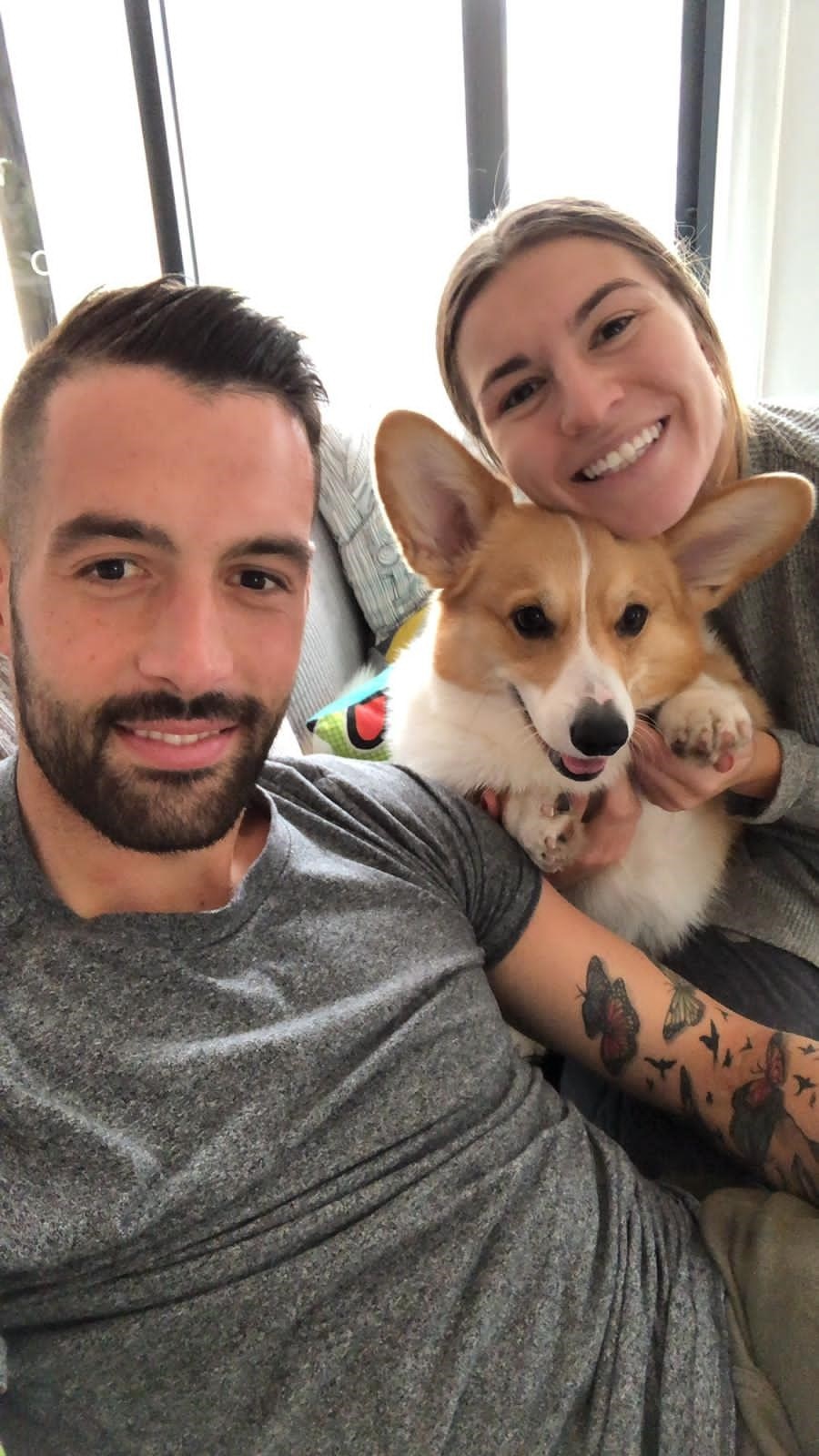 “Steph’s been a bit unfortunate but she’s close to full fitness now and should be good to go very soon,” added Bouzanis.

“She’s the ultimate professional and is successful because of the way she treats her football and attacks the game.

“I think she’ll be a fantastic addition to Arsenal and that’s not me being biased because I’m her boyfriend.

“I genuinely believe she is a fantastic footballer and a great asset to any team.

“She’s come into a club stacked with internationals and that’s a great thing for her.