Mark Bresciano made an international name for himself thanks to almost a decade in Serie A when Italy’s top tier was perhaps the best in the world.

Such stellar spells with the likes of Parma, Palermo and Lazio, understandably mean that the midfielder’s four years in West Asia - three of which were with one of the region’s biggest clubs in Al Gharafa of Qatar - could be overlooked.

His time in Doha started in August 2012 and finished in 2015. While it was a fine way to end a memorable career, there were challenges.

The first problem was that it was not a great time to be joining the Doha club.

Al Gharafa had long been a dominant force in Qatar - with five league titles in the first decade of the 21st century - but it soon became clear that 'The Cheetahs' were starting to lose steam.

“Bresciano arrived during the start of the decline of Al Gharafa, as they were already losing ground to the newcomers, Lekhwiya and El Jaish,” Mohamed El Gharbawy of Football Qatar told The World Game.

“A few years earlier they were the top club in Qatar, battling Al Sadd. In the summer of 2012, they won their last Emir Cup title after defeating Al Sadd on penalties in the final with their Brazilian coach Paulo Silas, Bresciano arrived just after that.”

The second problem was injuries.

“He suffered a knee injury near the end of the 2012-13 season and Emir Cup matches. He was replaced by Harry Kewell (whose short spell that lasted just over a month was forgettable) during that period. The team finished sixth and went out of the round of 16 in the AFC Champions League.” If troubles come in threes, then the third was a big one.

Early in his second season, FIFA ruled that his transfer from Al Nasr the previous year had been illegal.

A four month ban meant that he missed a chunk of the season.

“The ban was the singular issue that defined Bresciano's time at Al Gharafa because of the impact it had on the club,” said Ahmed Hashim of Qatar Football Live.

“It first overshadowed his arrival in the summer of 2012 as an experienced Australian international who had played at the World Cup and in the Serie A. He was undoubtedly a high-profile signing but the transfer issue dragged on for more than a year.

“More devastating for Al Gharafa was the transfer ban that lasted for two windows, which meant they had to play with one less foreigner, and couldn't compensate for some of their mistakes in recruitment, making things worse.

"When Al Gharafa midfielder Mohammed Yasser was asked about the club's form, he said it was down to ‘luck, injuries, and Bresciano's suspension'.”

“In a way, Bresciano's signing is emblematic of the chaos overseen by an inefficient management during 2012-16, which is still a bitter memory for fans to this day.” 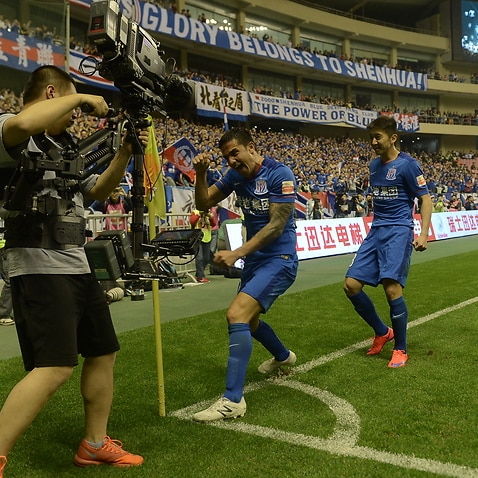 The second season saw an eighth place finish and while Bresciano’s third season was his best personally, Al Gharafa were stil well off the pace.

“In my opinion, he was unfortunate due to the suspension and injuries,” El Gharbawy said.

“He did his best but the team changed managers frequently. After Silas, he played under interim coach Habib Sadegh, then Alain Perrin, Zico, Diego Aguirre and Marcos Paqueta. All this in three seasons.

“The fact that he stayed and was trusted by all these managers despite his injuries and the lengthy suspension, proves that he was successful, at least in their point of view. The same goes for the fans, they didn’t complain that much about him.

“He didn’t reach the heights of Juninho, Clemerson or Younis Mahmoud, but he was one of the best and most experienced players in the team.

"Usually in Qatar, clubs tend to substitute any player who fails to perform up to expectations, even if he was a good player. So, if he was not useful in the club’s management point of view, he would have been released at the end of the first or second seasons.”

“He was at the end of his career and far behind the player who shined in Italy, but still, he was a hard worker and a good playmaker. The experienced midfield player that every manager would like to have in a league like Qatar."