FIFA have stepped up their bid to rein in the all-encompassing influence of powerful player agents, winning an unlikely ally in leading Australian player representative Paddy Dominguez.

Sydney-based Dominguez, whose clients include Socceroos duo Aaron Mooy and Jamie Maclaren, is one of a select group of agents from around the world invited to Zurich next week to discuss tightening regulations over player transfers.

With super agents like Italian Mino Raiola scooping £30 million (A$55 million) from the £90 million (A$165 million) deal which took Paul Pogba back to Manchester United, Dominguez believes that “agents are starting to become some of the biggest influencers in world football”.

UEFA estimates that agents took A$4.5 billion out of the European game between 2013 and 2017 and FIFA president Gianni Infantino, who will attend the meetings next Friday and Saturday, set up the 'Transfer System Task Force' last November to consider sweeping changes to existing regulations.

“In football the clubs pay the money and take the risks, and players have to work hard to earn it, so common sense would dictate that most of it would end up in hands of those two parties,” Dominguez declared.

“I’m not saying agents aren’t entitled to make a living by any stretch of the imagination.

“Our industry is like any other with the good, the bad and the ugly, and it’s a question of providing good governance to ensure more of the former. 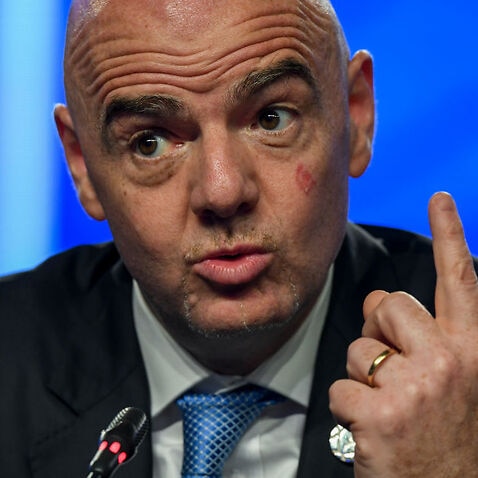 “I’m confident that FIFA will explore all the various aspects of player transfer dealings. And come to a consensus on the way forward.

“This issue has been brought into focus by the very large transfers in football but this does not affect the vast majority of agents and intermediaries.”

While pondering the possibility of imposing a cap on agents’ commissions, FIFA is first appealing to their better natures to try and find some middle ground in an industry which alone during last summer’s European transfer window saw agents paid A$620 million.

Paris Saint-Germain’s world record €222 million (A$353 million) signing of Neymar, which is reported to have included A$65 million in agents fees - is currently under investigation for potential breaches of Financial Fair Play rules.

Dominguez sees the commiserations delivered to agents at the top end of the market as clearly disproportionate to agency fees paid in other industries.

“So football is a fairly unique business in that regard. In some of the high profile cases the agents fees paid are out of kilter.

“And people start to wonder ‘where does it all stop?’

“I’ve always worked on the theory that for all us to be successful, and for football to thrive at all levels, it’s not in our best interests to have an imbalance in the market.

“It’s a case of not killing the goose that laid the golden egg.”

Ahead of the FIFA initiative, EPL clubs will meet on Friday to discuss how to stem spiraling agents fees following a year-long study into their practices. The FA revealed agents were paid A$390 million by English clubs in the last 12 months, a rise of $59 million on the previous year.

Dominguez welcomes FIFA canvassing the agents’ views, explaining: “They are taking the initiative and that’s a positive step, rather than simply implementing new rules and regulations.

“They are encouraging a constructive dialogue. They are obviously working through a process. I’m sure they’ll be canvassing the clubs as well.”

Infantino said in January, in a clear indication that the time for change is nigh: “The commissions paid to intermediaries continue to rise.

“These increasingly larger transactions are often not done in a clean, open manner and raise a lot of questions about potential misuse of funds.

"We have to tackle this issue; the curtains must be open. I want objective calculations and payments that all go through a central clearing house where both the intermediaries' commissions, transfer fees and training compensations are handled.

"As the world governing body of football it is our duty to deal with this matter."