Atletico Madrid recovered from a goal behind to beat Athletic Bilbao 2-1 at the Wanda Metropolitano on Wednesday and move six points clear at the top of LaLiga.

Diego Simeone's men had won just one of their last four league matches, most recently drawing 1-1 with Real Madrid, but made their game in hand count to put some distance between themselves and Barcelona.

Marcos Llorente equalised for Atletico late in the first half after Iker Munian had opened the scoring and Luis Suarez converted a penalty he won early in the second period to put the hosts in front.

Atleti were far from their best but saw things through from that point to pick up a landmark 309th victory under Simeone in all competitions, seeing him surpass Luis Aragones with the most wins for the club. 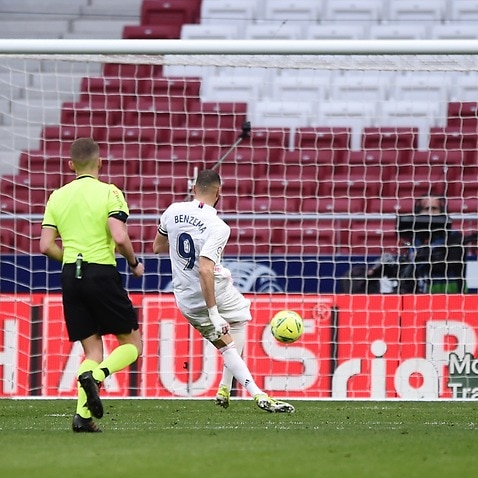 Athletic have not picked up a point away to Atletico since May 2015 but they went ahead through their first attempt on target of the contest after 21 minutes.

Inaki Williams got in behind the home side's defence and pulled the ball back for Munian to miscue a shot past Jan Oblak from 12 yards.

Atletico gathered momentum towards the end of the first half and levelled in added time thanks to Llorente's header, which took a touch off Unai Nunez on its way through.

The turnaround was complete six minutes after the restart as Suarez sent Unai Simon the wrong way from the penalty spot after being tripped by Nunez.

Yannick Carrasco was unable to convert when set up by Suarez, who was taken off with 18 minutes to play in a defensive move from Simeone, but Nunez's header into the hands of Oblak was the closest the visitors came to an equaliser.

What does it mean? Atleti back on track on milestone occasion

Barca and Real Madrid had closed the gap on stuttering Atletico in recent weeks, but the pacesetters are now six points clear of Barca and a further two in front of Los Blancos.

Simeone celebrated both goals wildly and the long-serving Atleti coach has more reasons than one to celebrate this victory, which leaves Atletico well on course for a first title since 2013-14.

He matched Aragones' win record with three points against Villarreal 10 days ago and has now surpassed the legendary manager with this latest triumph.

Suarez scored what proved to be the winner but Llorente deserves all the credit for dragging Atleti back on level terms - perhaps undeservedly - right at the end of the first half.

He has now been directly involved in 17 league goals this term, which is behind only Manchester United's Bruno Fernandes (26) among midfielders in Europe's top five leagues.

There was a point earlier this season when Atletico's defence looked impenetrable, but they have now conceded in 10 of their last 11 matches in all competitions.

Oblak was unable to keep out Munian's first-half strike, meaning he has now conceded in his last five home league games - the goalkeeper's worst run in seven years at the club.

Atletico make the short trip to Getafe on Saturday, while Athletic are away to Celta Vigo the following day.