There are divisions in the Asian Football Confederation about how best to deal with Australia’s decision to withdraw all three of its participants from the 2021 AFC Champions League.

Last week, the AFC announced that Sydney FC will not participate in the group stage while Brisbane Roar and Melbourne City had pulled out of play-offs against Kaya Iloilo of the Philippines and Japan’s Cerezo Osaka.

While there is an understanding that the COVID-19 situation and the restrictions put in place by the Australian government made everything difficult, it is also felt that countries such as South Korea, China and Japan are in similar positions and that Australia could have done more.

Chinese teams talked about withdrawing too, with the national team busy and the domestic league ongoing, but were warned by the Chinese FA that it would be bad for the country’s football scene and future Champions League representation if they pulled out. A-League trio did their best to avoid Asian forfeit

Instead, there will be plenty of young and reserve players in the squads that participate later this month.

Japan and Korea have also jumped through a few hoops in terms of scheduling their domestic leagues to accommodate continental commitments.

What happens next? The AFC has said that the matter will be passed on to the relevant committee which will decide on a form of punishment. It could be a financial penalty, a suspension from the competition for the next one or two seasons, or a combination of both.

One reason why Chinese teams agreed to play was the threat of a ban from the competition and what it would do to the allocation of berths in the competition.

How many places a league gets is determined by the AFC’s Association Ranking system. Points are earned by clubs winning and drawing games.

Australia has, because of years of poor performances in the continental competition, slipped down into fifth in the east zone, resulting in the reduction of automatic group places from two in 2020 to one this year.

Fewer teams means fewer opportunities for points and no teams at all this year means no points collected.

This will give teams from leagues ranked just below at the start of 2021 - such as the Philippines, Vietnam and Malaysia - a chance to overtake and eat into Australia’s shrinking allocation.

If there was an extra two-year ban handed out, that would mean three blank editions for Australia and a bleak future.

By the time A-League teams returned in 2024, the ranking points would likely be so low that, not only would there be no automatic group places at all, there is even the embarrassing prospect of relegation to the AFC Cup, Asia’s second-tier competition.

In April, Myanmar clubs Shan United FC and Hantharwady United withdrew from AFC competitions due to political unrest in the country as well as COVID-19.

Punishments here are unlikely as the AFC Competitions Committee said it “noted and acknowledged the challenges as well as the present complexities caused by the state of emergency in Myanmar and decided that the situation constituted an event of force majeure.”

It remains to be seen if the same stance is taken with regard to Australia.

Other teams have withdrawn without consequences. Malaysia’s JDT did so last year as travel restrictions put in place by its government made it extremely difficult to leave the country. However, the Malaysian national team were not playing overseas at the same time, as is currently the case with Australia. 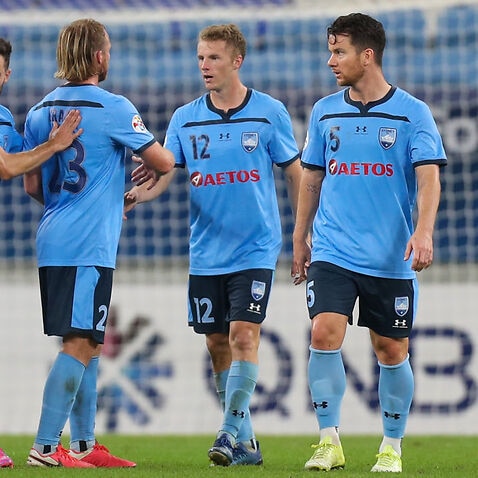 While AFC officials don’t want to reduce Australia to a peripheral presence in the Champions League, there is also a view that absence may make the heart grow fonder of a competition that has rarely been embraced and proper punishment would discourage others.

There is also the realpolitik of other countries benefiting from Australia’s absence.

In 2020, Australia were above Thailand in the rankings only to fall behind, and with Thailand suddenly finding itself with four teams in the group stage to Australia’s none, the gap is only going to get bigger.

It’s all a bit of a mess but, whatever happens, Australia’s presence in the AFC Champions League is going to be affected by this decision to withdraw for quite some time.