Catley joins Matildas teammate Caitlin Foord at the Gunners, where she will play under Australian manager Joe Montemurro.

"This is something that I've been looking forward to for a long time," Catley told the club's website.

"Arsenal is a place where I've imagined myself playing for a long time too.

"I'm so excited that it's finally done. This will be my first taste of European football and obviously there's so much to look forward to and so many big occasions to come. I can't wait to get started." 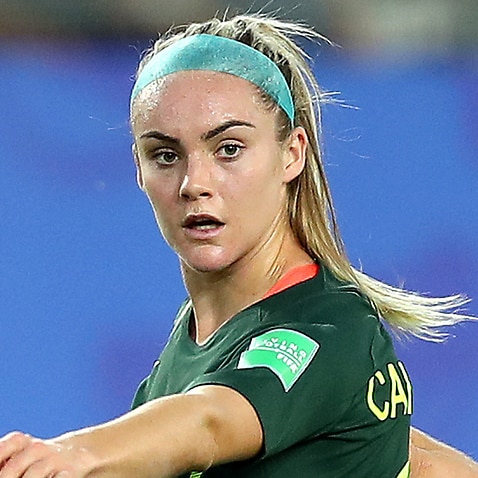 Catley, 26, has been to two FIFA Women's World Cups and an Olympic Games with the Matildas since making her debut as an 18-year-old in 2012.

The attacking fullback has scored three goals in 82 caps.

At club level Catley has won five W-League championships - one at Melbourne Victory then four at Melbourne City, while she also played in America's NWSL for Portland Thorns, Orlando Pride and OL Reign.

Catley previously played under Montemurro, who won the FAWSL with Arsenal in 2018-19, at both Victory and City.

"We're privileged to have Steph at the club," Montemurro said.

"She suits our fluidity and she's very good in a positional sense, but more importantly she's very effective going forward.

"We're excited to have her as part of the squad and we're looking forward to some exciting times together."