Graham Arnold has hinted at a potential reprieve for A-League clubs at risk of losing their best players for the finals, indicating that the Olyroos squad for the upcoming Maurice Revello Tournament will be largely foreign-based.

The Olyroos are one of twelve sides set to compete at the Maurice Revello Tournament - formally known as the Toulon Tournament - next month, with the event set to run from May to June across Provence-Alpes-Cote d'Azur in France’s Southeast.

With Australia one of six competing nations that have also qualified for Tokyo - group stage opponents Argentina, Spain and Egypt, coincidently, not yet amongst them - it looms as a key landmark on the road to the Olympics, with Arnold expected to name his 18-player squad for the Games two weeks later.

But with the tournament set to take place simultaneously alongside a number of the Socceroos’ FIFA World Cup Qualifiers, A-League clubs' playing ranks were potentially set to be devastated by call-ups for the best young talent just as the league hit finals. 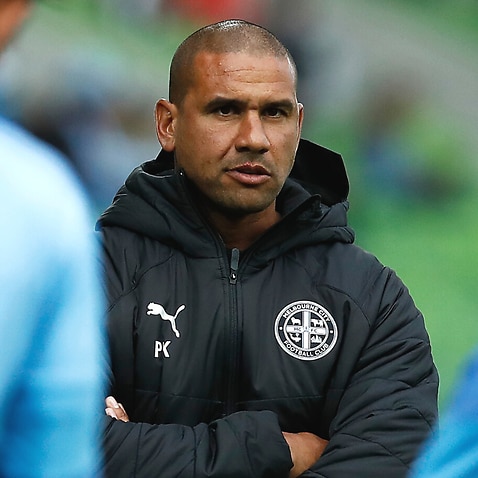 Speaking to journalists on Thursday, however, Arnold indicated that the squad assembled under the Olyroos banner next month would largely be made up of players based overseas.

“I’ll be with the Socceroos,” Arnold said. “[So] Gary van Egmond will take [the Olyroos at the Maurice Revello Tournament] with Trevor Morgan.

“It will be predominantly overseas-based players that will be given the opportunity that we wanted to give them in the month of March in Saudi Arabia, but that [event] got cancelled.

“It will give some of those overseas players the opportunity to break into this Olympic team.”

It’s not all good news for A-League sides, though, with the national team boss later forewarning that his Socceroos squad for the World Cup Qualifiers would likely boast a not-insignificant contingent of Olyroo-eligible players.

Arnold has frequently looked to expose young players to the senior national set-up in an effort to spur the development, naming then 19-year-olds Iredale and Denis Genreau to the first Socceroos squad of his second tenure in charge back in 2018.

“I will take a group of 30 [plus four goalkeepers] to the World Cup Qualifiers and you can expect a handful of Olyroos in that group,” the 57-year-old said.

“It’s something that when I took over the Socceroos job, for me the worrying thing was the depth of the squad and the pool of players so that’s why I went away and did the Olyroos as well.

“I can see these kids coming through. With what Harry Souttar is doing overseas every week with Stoke City. What the boys are doing in the A-League is fantastic, getting minutes and really showing their worth.

“There will be a number of players in the Socceroos squad and I do believe that by having a certain amount, not too many, but a certain amount in and around the Socceroos for three weeks leading into our three-and-a-half week preparation [for Tokyo] - that will take those kids to another level.

“Not only physically but also mentally, which is the most important thing for me.”

With Egypt almost certainly set to bring Liverpool star Mohamed Salah as part of their Olympic side, and the superstar overage options that Spain and Argentina are able to tap into, Arnold also gave an insight into his thinking surrounding the use of three players born before January 1, 1997, in Tokyo. 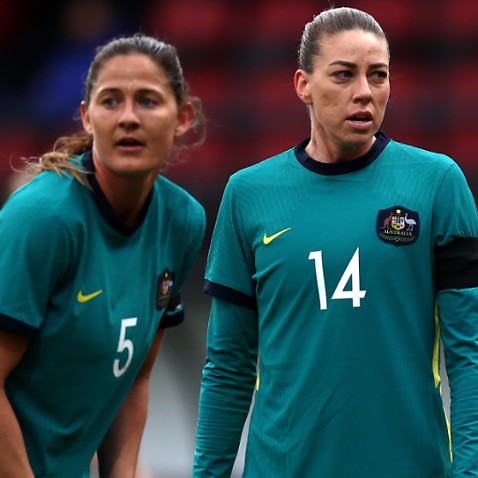 “I will not pick an overage player just for the sake of the name or if he is the best player for the Socceroos,” the Olyroos boss said.

“I will only put an overage player in if we have a weakness in a position of the Olyroos.

“I will not stop a kid’s career from progressing.

“If we have a very good player at a certain position at an Olyroo age, then that Olyroo will go and there will be no overage player for that position.

“After [the Maurice Revello Tournament] I will sit down with Gary and go right through the whole thing. We’ve got two weeks to select the squad between the end of that camp and the start of our camp in Tokyo on July 1 and we will select the best squad available.

“And if there are weaknesses, the overage players will be considered.

“It’s a group of dreams.

“This is what you dream about, in these type of tournaments. You’ve only got 16 teams that qualify for the Olympics, at a World Cup it’s 32, so it’s always going to be a tough draw and, as I said, it’s a group of dreams.

“I couldn’t be happier with the draw. It’s a great opportunity for the younger players to really put themselves on the [world] stage and really show what they’ve got.”