Diego Maradona has 'huge inner frustration' over Argentina's poor 2018 FIFA World Cup performances that have left Jorge Sampaoli's men on the brink of a first group-stage exit since 2002.

A 1-1 draw with Iceland in Argentina's Group D opener was followed by a shock 3-0 thumping at the hands of Croatia, meaning the two-time winners must beat Nigeria in their final match to have any chance of progressing.

Head coach Sampaoli and the Argentine Football Association (AFA) have both come in for strong criticism in the wake of the country's below-par showings in Russia.

And Maradona, the hero for his country in their 1986 triumph, made his feelings plain in a television appearance on Telesur. 'He needs to wake up!' - Messi is not a leader, says Petit

"There are no words to describe this huge inner frustration because anybody who wore Argentina’s shirt cannot see our team being thrashed that way by a Croatia team which isn't like Germany, Brazil, Netherlands or Spain, truth be told," Maradona said.

"[This situation] has a reason, and it is the AFA chairman [Claudio Tapia]. The AFA is ruled by people who don't know anything about football.

"Argentina doesn't have a plan, doesn't have a solution for anything, I mean, neither in midfield, on defence or attacking. [Against Croatia] Argentina didn't create any wall, didn't get any [players] back, didn't have the ball."

Although Lionel Messi had a penalty saved in the draw with Iceland, Maradona excused the Barcelona superstar for Argentina's displays in Russia. "Everyone is thrashing Leo," Maradona said. "I think Leo played as he had to, as he could. It is hard to fix team-mates' issues."

While the inquest into Argentina's first two matches is well under way, support has come from an unlikely source in the form of Brazil defender Miranda.

"It's a pity that a great nation like Argentina is going through a moment like this," Miranda said after Brazil beat Costa Rica thanks to two late goals.

"It's a shame for football, but that speaks to the great level that this competition has." 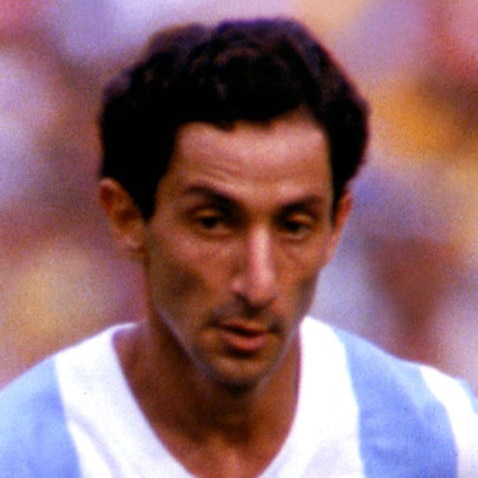