John Aloisi has emerged among the contenders to replace Jean-Paul de Marigny after the surprise exit of the Western Sydney Wanderers head coach.

Former Wanderers assistant Hayden Foxe, whose future at Perth Glory is unclear following the departure for Greece of Tony Popovic, has also been mooted as possibility, with recently appointed Wanderland assistant Patrick Zwaanswijk an outsider in the field.

De Marigny, 56, was just three months into his tenure as permanent head coach when a short club statement on Monday announced his departure, with immediate effect, just three days before pre-season training is due to commence. Club sources claim de Marigny had been dissatisfied for some time over the level of support he was receiving regarding potential signings and shaping the future direction of the under-achieving team.

It’s understood his input also was not sought on the appointment of Zwaanswijk, the former Mariners defensive stalwart who was part of the Young Socceroos set up before being brought on board by the Wanderers hierarchy.

Former golden generation Socceroo Aloisi, who was close to landing the Melbourne Victory job which eventually went to Grant Brebner, has been looking to return to the A-League since quitting as Brisbane Roar coach just 10 games into 2018-2019 season. 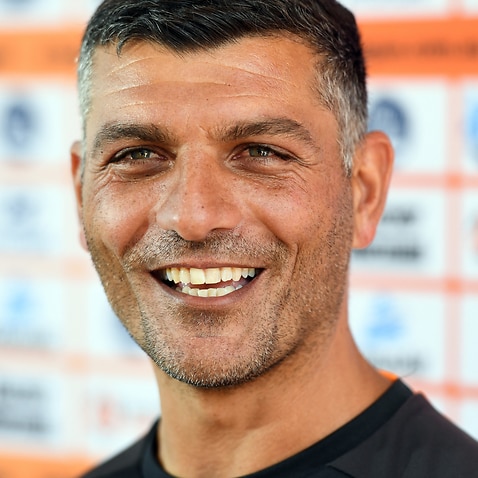 He had become disillusioned by the financial hurdles hampering the club from striving for the success they enjoyed under Ange Postecoglou.

In his first year he missed out on the Premier’s Plate by a single point, and followed that up with third and sixth place finishes before tendering his resignation.

Wanderers are expected to name their new coach in the coming days.

Both the Wanderers and Aloisi were contacted for comment.