An air of farce has gripped Melbourne City, Western United and Melbourne Victory, with 120 players and officials left grounded at Tullamarine Airport for the second night in succession after travel plans to Canberra collapsed.

The trio are seeking to get to NSW to finish the A-League season, but ever-changing border and quarantine regulations in the ACT and NSW have left them scrambling to get to Sydney.

On Monday night, fog thwarted attempts to fly to Canberra in a last-minute bid to beat a travel deadline imposed on Victorians heading to NSW after the recent spike in coronavirus cases in Melbourne.

A second charter flight - once again procured by Football Federation Australia - was ready to take the teams to the ACT on Tuesday night before plans again disintegrated, this time with players sitting on buses parked on the tarmac rather than aboard the actual plane.

The journey north to the proposed Sydney ‘hub’ went awry after the ACT government informed the party that all those traveling would face strict lockdown measures on arrival.

Players were informed they wouldn’t even be able to train.

The latest setback leaves the clubs unsure of where to next, despite assurances that the NSW government will grant a special waiver.

They could conceivably fly direct to NSW on Wednesday but, as things stand, have been left in a state of limbo amidst growing frustration amongst officials and players.

Western United CEO Chris Pehlivanis refused to lay the blame at the door of either the government or the FFA for the chaotic scenes, but did admit to a sense of growing “frustration”.

“Of course we’re still determined to get out.

“But the ACT were insisting on a 14-day hard quarantine. There was no chance of an exemption ... they wouldn’t budge at all.

“So we weren’t prepared to take the risk to go. Hopefully we’ll get an exemption from the NSW government in the next 48 hours.

“If not, we could stay in Melbourne and play our games against Victory and City here.” 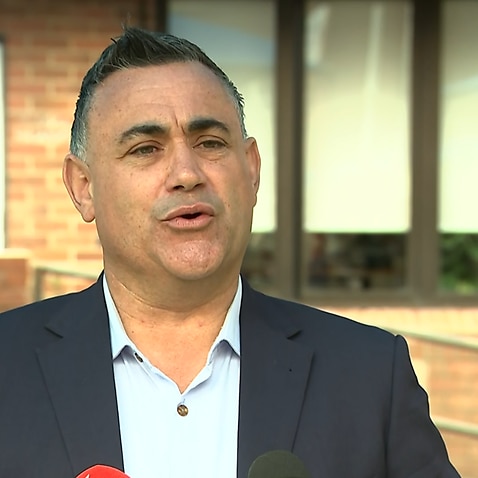 The latest stumbling block to the resumption of the season can only be circumvented if, as hinted by NSW Deputy Premier John Barilaro on Tuesday, a special exemption is provided.

“Things are moving at 100 miles an hour and I don’t think any of us have all the answers,” Pehlivanis said.

“It’s challenging and it’s frustrating but we’re doing all we can to play the remaining games.

“About 120 of us had to turn back and of course it’s difficult. The FFA are working 24 hours a day to try and find a solution.

“We’re waiting for hear whether an exemption will be granted and when.

“We’re staying upbeat about getting up and running again.”

Meanwhile, source close to the FFA insisted the expectation was that the season will still be completed, despite all “the complexities”.

“From a competition integrity standpoint, you have to try and get through it,” the source said.

“I think it will go ahead - but this is something else we really didn’t need.”