Sergio Aguero scored the only goal to ensure Manchester City were victorious in their first game since Manuel Pellegrini announced his impending departure, beating Sunderland 1-0 at the Stadium of Light. 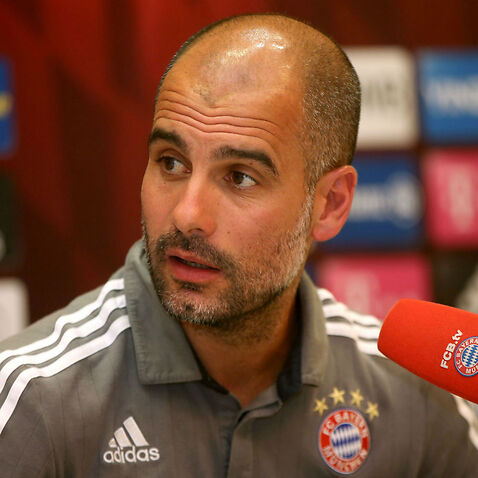 Chelsea to host Manchester City in FA Cup fifth round

Aguero found the back of the net for the 12th time in his last 10 Premier League appearances to claim three valuable points, one day after City announced Bayern Munich boss Pep Guardiola would replace Pellegrini from next season.

The Argentina star, joined in attack by Kelechi Iheanacho who earned a league start after his FA Cup hat-trick at Aston Villa, opened the scoring with 16 minutes played, showing great composure to fire beyond Vito Mannone after Jesus Navas' low delivery ricocheted to him at the back post.

Sergio Aguero has now scored 4 goals in his last 3 away PL games, having not scored in his previous 7 away PL apps

Second-bottom Sunderland responded positively and came close to an equaliser before the interval, but Joe Hart marked his 253rd Premier League appearance for City, a club record alongside Richard Dunne, by denying Jermain Defoe, while Billy Jones hit the post on the rebound.

44' So close! Defoe shot turned by Hart, Jones pounces but unable to get the rebound. How have #SAFC not scored!? #SUNMCI

The action dried up after the interval as the match became increasingly physical, until a frantic finish where City held firm amid a Sunderland onslaught.

Pellegrini's side remain three points adrift of leaders Leicester City, 2-0 winners against Liverpool, who they face in a huge clash at the Etihad Stadium.

How things stand at the summit of the #BPL following tonight's games. #safcvcity #mcfc pic.twitter.com/Nfoe5TZBaG

Lamine Kone replaced Wes Brown in the centre of defence and his Sunderland debut almost got off to a terrible start in the fourth minute when he diverted Gael Clichy's cross towards his own goal, but Mannone collected at the near post.

Aguero made no mistake with his next opportunity when he stabbed Navas' deflected cross beyond Mannone, though he was caught on the calf by Jones in the process.

The goalscorer shook off his knock and returned to the forefront of City's attack but, despite Yaya Toure dictating play from midfield, Sunderland became more adventurous.

Kone narrowly missed out marking his first appearance with a goal when he steered a free header from Jeremain Lens' free-kick wide and Hart was in superb form when called upon on the stroke of half-time.

The Black Cats have had chances to equalise through Jermain Defoe and Lamine Kone but haven't quite managed to put any away thus far.

The City goalkeeper got a hand to Jermain Defoe's effort after the striker turned Nicolas Otamendi in the box, before quickly recovering to apply pressure on Jones, whose follow-up from an acute angle cannoned back off the upright.

Pellegrini replaced Iheanacho with Fernando for the second half in a bid to sure up his midfield, while Allardyce introduced Wahbi Khazri for his Premier League bow.

Tempers threatened to boil over in the 66th minute when Defoe caught Otamendi with a stray arm, an offence that went unnoticed by referee Stuart Atwell.

66. Flashpoint between @Notamendi30 and Defoe following another elbow from the striker connecting with a City defender. Running a fine line!

Hart produced another great save to deny Jones from 20 yards, while Dame N'Doye's stoppage-time header was cleared off the line by Otamendi after the City goalkeeper failed to claim Khazri's corner.

Sunderland's bid for an equaliser was ultimately fruitless, leaving them four points adrift of safety.