It is not common for events at an African football congress to potentially change the landscape of football in Australia but this month is a little different.

Recent goings-on in Rabat have increased the chances of a Southeast Asian Super League - one that would contain an invitation to Australia which is, after all, a member of the ASEAN Football Federation (AFF).

The idea of Australian clubs playing regularly in Kuala Lumpur, Singapore, Bangkok and Hanoi has long been attractive, for both sides, as an idea and now the reality is a little bit closer.

There have been various attempts in the past to get an ASEAN Super League off the ground driven by the opinion that the football-loving region does not make the most, on or off the pitch, of its massive market of 650 million people.

There is also a feeling that Australia could do more with its AFF membership and engage with its backyard. Why Australia should join the ASEAN 2034 World Cup bid

The most recent attempt came closest. The driving force behind that was the Football Association of Singapore (FAS) and there was support at the AFF but the issue of fitting it into the general calendar and the lack of information meant that it was hard to persuade the doubters.

Overshadowing all the discussions, debates and proposals was the fact that all knew FIFA and the AFC were not fans of the idea. With official sanction unlikely to be forthcoming, it was hard to make genuine progress.

The official stance is changing.

Barbara Gonzalez , the CEO of Tanzanian team Simba FC let the cat out of the bag earlier this month: “The rollout of the African Super League with 20 permanent member clubs is underway. We look forward to having Simba SC participate soon.”

FIFA boss Gianni Infantino had talked about having an African Super League late last year and this marks a significant shift in the world governing body’s thinking. It is no coincidence that there have since been talks of a Belgian-Netherlands merger and MLS joining with Mexico.

Suddenly Super Leagues are on the official agenda.

“We need to be open to discussions,” said Infantino in December. “Discussions have been going on for 20 years and we are always saying no, because we are based on national leagues. But maybe it helps?

"Maybe it is the only way out, maybe in Europe they have to think about this, maybe in Africa. I was proposing something like this for Africa. I think we have the duty to study these things then we will see where it goes.”

It could go somewhere in Southeast Asia where FIFA’s new stance has removed one of the biggest obstacles facing the creation of a new regional Super League.

Discussions, virtual of course, are starting to take place in the region’s capitals and before long, they will spread south.

And coronavirus gives the idea a push too. There is a recognition that greater revenue streams are necessary for clubs in the region, that more integration in a region of over 650 million people can increase the size of the market. 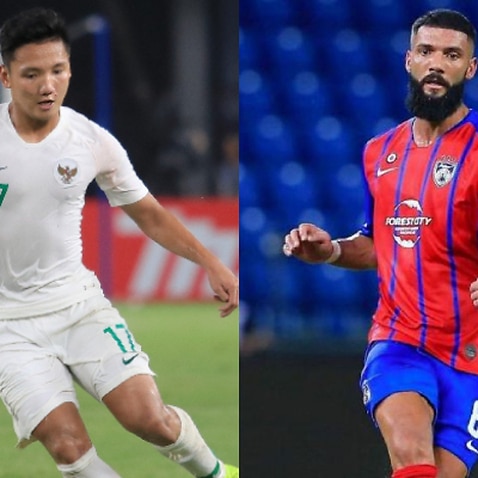 Why Newcastle's double ASEAN deal is a win-win for all

Australia adds to the appeal for football, commercial and operational reasons.

The idea of centralised hubs is now part of football in Asia and this is something that is seen as a way to reduce worries about fitting an extra competition into the region’s calendar.

Most leagues have domestic seasons with 30 games or fewer, leaving some scope for extra action especially if centralised hubs with intensive games are set-up.

While the idea is now being discussed again, details still have to be worked out. Would it be the best teams from the respective countries who go on to compete at a regional level?

While Australia would be invited, would it be better to have the club operating out of Australia - perhaps Perth with its relative proximity to Southeast Asia - or Singapore or a combination of both?

Many questions then but the debate around an ASEAN Super League is starting to stir.

News from Africa could change the landscape of football in Australia and Southeast Asia.