Juric (groin) and Lopez (calf) pulled up sore from Saturday's 1-0 win over Melbourne Victory and are only expected to miss one match.

Strain is set to miss at least five weeks after suffering a recurrence of a groin injury.

"It's a very similar injury in the same sort of area," Adelaide coach Carl Veart said of Strain.

"Ryan will be out for five, maybe six weeks now. 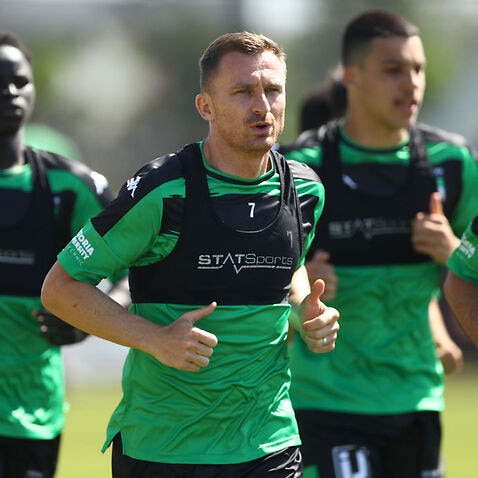 Berisha with a point to prove against Melbourne Victory

"We'll go a bit different with the way we treated it last time, because he ticked all the boxes to get back and train, and he's broken down in a similar area.

"So we'll take a little bit more time now to get him back."

"If tomorrow was a Cup final they'd both be available to play," Veart said.

"But we didn't want to take the risk ... so they'll stay home and be available for next week's game.

"It's a big blow (losing Juric). I think he's one of the best strikers in the country.

"But it's fine, because Stefan Mauk comes straight back in. That's a huge plus for us as well."

Juric's injury means 16-year-old Mohamed Toure, who has scored a goal in each of his past two matches, is set to play as the lone striker upfront against the Roar at Dolphin Stadium.

With his 20-year-old brother Al Hassan Toure to be named on the bench after recovering from injury, the siblings have a chance to play with each other. 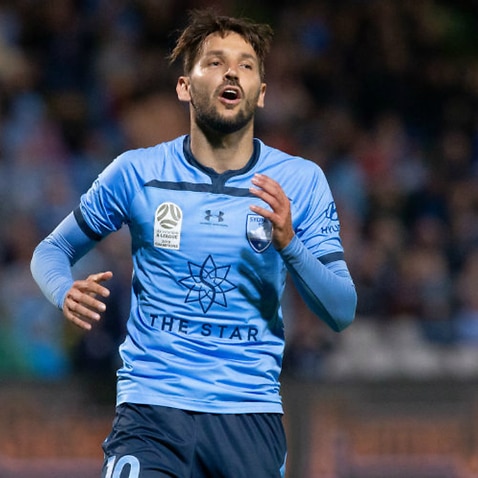 "It would be excellent. They're both very destructive forwards," Veart said.

"If I was a defender, I wouldn't want them playing against me.

Brisbane will be aiming to make it three wins on the trot after defeating Newcastle and Melbourne Victory in their past two games.