Adelaide United is open to offers for Riley McGree but bemused by reports that four European clubs are chasing the midfielder for a $5 million transfer.

Football director Bruce Djite said his club is yet to any receive expressions of interest for the 21-year-old, who has dominated the A-League this season.

Turkish newspaper Milliyet is reporting two Turkish clubs, Galatasaray and Fenerbahce, are bidding with Scottish giants Rangers and Germany's Fortuna Dusseldorf for the services of McGree.

"I spoke to Riley last night and (there was) no talk about any Turkish clubs or anything.

"They're welcome to make an approach but I'm reading it like everyone is at the moment."

McGree made his A-League debut for Adelaide in 2015-16 and joined Belgian outfit Club Brugge in 2017.

He was loaned back to the A-League to Newcastle Jets and Melbourne City before Adelaide purchased him from Brugge for an undisclosed fee in July last year.

"In essence, it was part of the reason we paid a transfer fee to get him, we all thought it was a very good investment.

"There's going to be media reports and the rest but (as of) today, no formal, no informal contact, let alone offers." 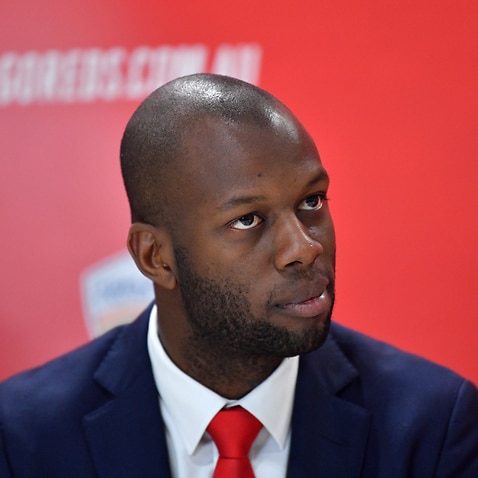 McGree captained Australia's Under-23 side at the Asian Football Confederation championship qualifying tournament in March last year in Cambodia.

After an incident with a woman during the tournament, McGree was stood down from international football until April this year while his Olyroos teammates Nathaniel Atkinson, Lachlan Wales and Brandon Wilson were banned until August.

"He can take the knocks on the field and off the field, nothing fazes him; that is something that he can be proud of," he said.

And Djite had no doubt McGree had the ability to thrive in Europe and become a Socceroos regular.

"He has got the speed, physically he's very strong - he's more than good enough to go to Europe," Djite said.

"In my opinion, he's a legitimate national team player, that is clear."