Former Adelaide United star Marcos Flores believes the Reds are strong enough to win the A-League championship if they maintain their current form and momentum.

The Argentine midfielder, whose polished play for United in 2010-11 earned him the Johnny Warren Medal in his first season in Australia, said the South Australians had assembled a strong blend of youth and experience.

"They are blessed with an interesting squad that has built a powerful momentum after taking a few games to settle," said Flores, who lives in Adelaide and is employed as a football coach at the Gleeson College.

"They also have a bench of highly motivated young players, which is very important.

"When you have just a good first team and not much more, you usually will end up in the middle of the table.

"But when you have a united squad of totally committed players, you can be a serious contender and this is why I believe Adelaide are strong enough to go all the way.

"This season's success is a result of the club's investment in young players in the last few years and the establishment of a club culture. 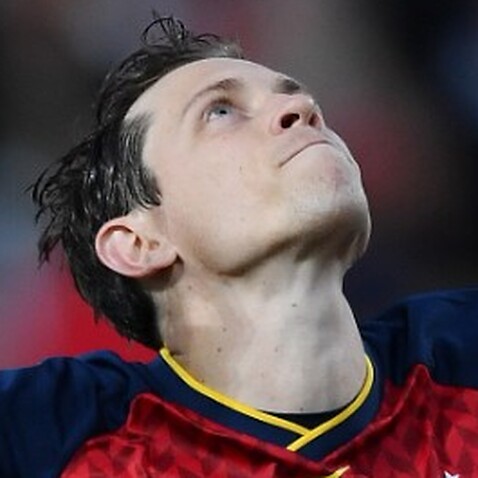 "Every player knows exactly what is expected of him because the club has developed a culture.

"Melbourne City are doing well and so are Central Coast Mariners, but if Adelaide can retain their current form they will have an equal chance of winning the title.

"They also have a good coach in Carl Veart and I cannot see why they cannot win the championship."

Adelaide have won their last six matches in the competition and this powerful run has shot them up the table to be one point behind leaders Central Coast Mariners, whom they face in Gosford on Thursday.

United also have a game in hand on the Mariners so the result could have a huge bearing on both clubs' seasons.

Adelaide's revival coincides with the return to the club of winger Craig Goodwin, who was a member of the Reds team that won the premiership and championship double in 2016.

"Craig is now a very experienced and accomplished player and I like how he keeps it simple by playing in a calm and relaxed manner and finding time to find the net too," he said.

"He has become a hugely influential member of the team but he never shirks his tactical responsibilities.

"No matter how brilliant you are in the front third you have to do your share of the 'dirty work'. Same as Milos Ninkovic and Diego Castro do at Sydney FC and Perth Glory ... Goodwin does this very well for Adelaide.

"There are no egos in this Adelaide team ... just a set of team players ... which is great."

Flores said he could not wait for Thursday's blockbuster with Alen Stajcic's much-improved Mariners.

"The Mariners are an incredibly strong side and it is amazing what they are doing this season," he said.

"I was impressed with the way they played against Melbourne Victory in their last match even though they were held to a 1-1 draw.

"They attacked and attacked and pinned their opponents in their own half but they just could not get the ball into the net."