Adelaide United coach Gertjan Verbeek is departing to his native Netherlands but will return to Australia if the A-League season resumes.

Verbeek has been stood down by United during the league's suspension prompted by the coronavirus crisis.

As reported by The World Game, Verbeek, his wife and child are returning to the Netherlands given the uncertainty of the A-League's resumption and potential closure of Dutch borders.

"I am leaving with my family as they're worried there might be a lockdown, not only here in Australia but also back in Holland," Verbeek said in a statement on Monday.

"Due to the uncertainty of the league and imminent closure of borders, I feel it's right to return home."

The A-League has been suspended indefinitely, with hierarchy set to assess the situation again on April 22. 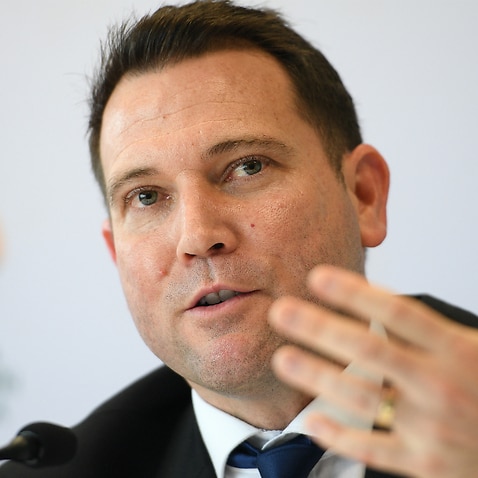 Four rounds remain before finals in the competition, with Verbeek's Reds in seventh spot on the ladder.

"In unpredicted times like these, the health and safety of family is the most important thing," van der Pol said in a statement.

"Our chat was a very open one and he (Verbeek) now understands a bit more about the situation and the challenges of the club.

"He is still contracted and will seek a return if the league starts up again."

Verbeek is in his first year as head coach of United, who like most other A-League clubs have stood down players and a majority of staff during the suspension of games.